In 2014 UNT and local television station NBC 5/KXAS entered into an agreement to permanently house over 50 years of historical television news footage along with accompanying broadcast scripts, still photography, reference files and log books, in the Special Collections department of UNT Libraries. This massive collection is the single largest physical collection held by the libraries and contains a variety of film and video formats that reflect the evolution of recording technology employed by the station over the years.

The donation of the NBC 5/KXAS Archive to UNT was spurred by the impending relocation of the television station from its original broadcast station in Fort Worth to a new broadcast facility. Station executives decided that the massive archive which had slowly accumulated in the basement since the station went on air in 1948 would not be transferred to the new facility. NBC 5/KXAS reached out to archivists and librarians at UNT, and over a period of several months, NBC 5/KXAS and UNT worked to craft a written agreement which would address the needs of both UNT and KXAS as well as the special considerations inherent in a large, primarily audio/visual archive. The issue of utmost importance to both UNT and NBC 5/KXAS was that the collection be preserved and made publicly accessible through large scale digitization.

In early January 2015 NBC 5/KXAS featured a week-long series of 3-4 minute long promotions on the 6pm news, followed by short “break-bumpers” (10-15 second promotions between programming and commercials) directing viewers to go to a page on the station website created specifically for these promotions. The promotional segments were branded as being a part of the Video Vault, and the newscasters introduced each promotion with information about the archive, UNT Libraries and how to find video segments online. The first promotional segment aired on January 12, 2015. Video Vault segments continue to be shown every Sunday evening at 6 pm.

In 2018 NBC 5 again partnered with UNT to celebrate 70 years of news history, through a special television news segment featuring the archive, and a 30 minute television special, “NBC 5: 70 Years of Innovation.”

UNT Libraries has also been honored to receive the Archival Award of Excellence from the Texas Historical Records Advisory Board for our work to preserve the NBC 5 archive.

An example of a Video Vault promotion on the 6 pm news. 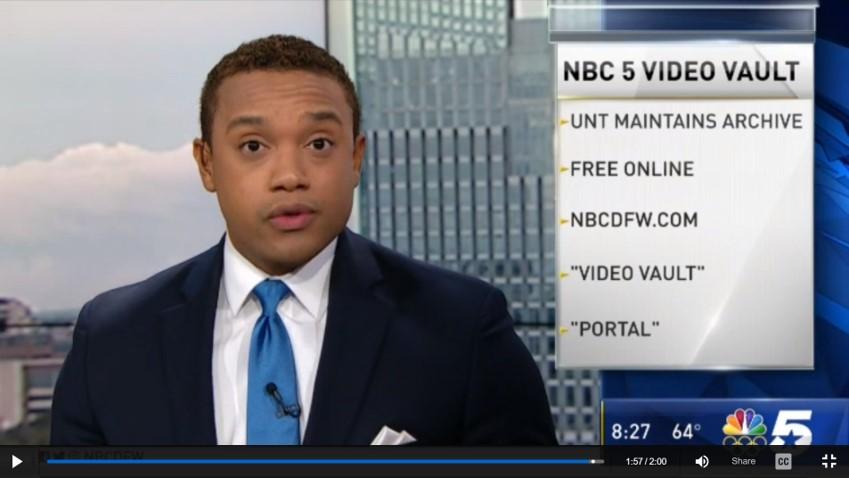 News Film Prior to Arriving at UNT for Preservation

“Daily News” 16mm film reels were stored for over 50 years in the basement of the new studio. 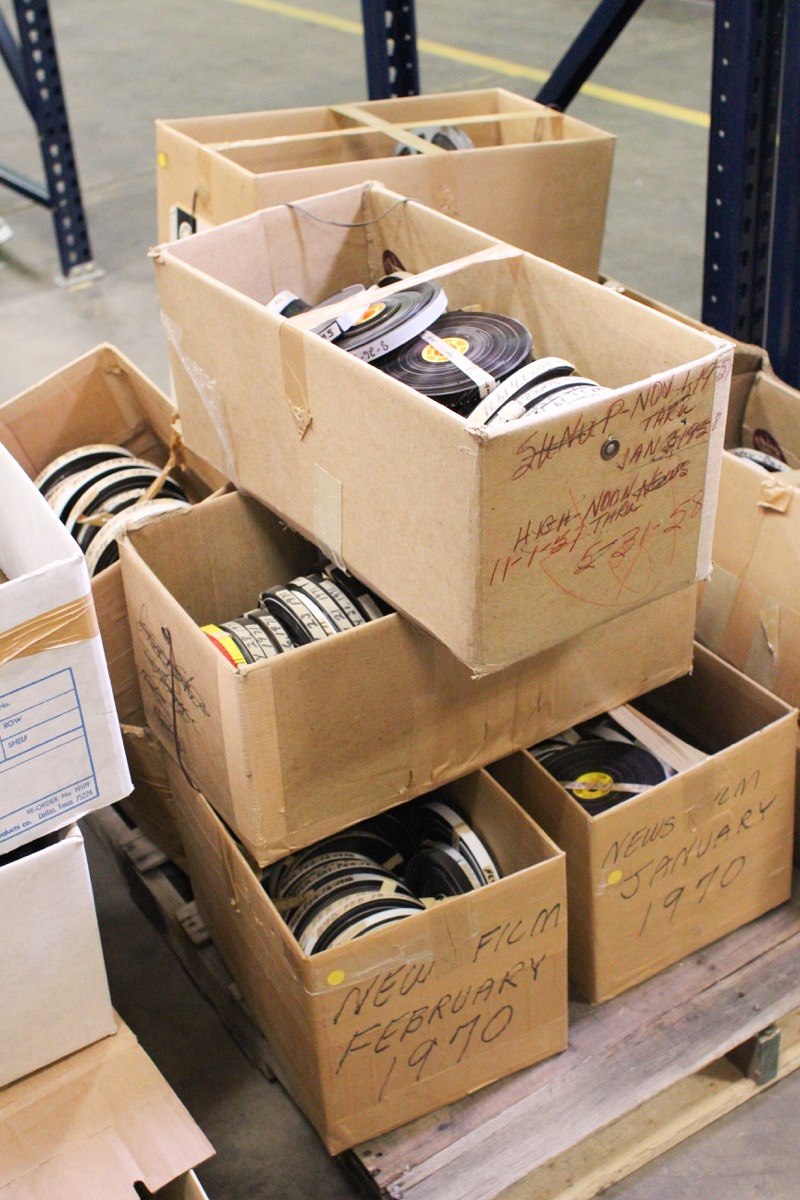