Every Book(mark) Has a Story: Arts and Crafts

Tucked inside the pages of returned library books were a mix of intricate and handmade arts and crafts items. A miniature portrait of an unidentified man is placed above a small bouquet of delicate red and yellow flowers pressed into a card. The creator of the undated piece carefully numbered each of the pressed flowers with a calligraphy pen. Other handmade items include a finely drawn deer in a forest on a sheet of semi-transparent tracing paper, an unfinished piece of white lace created with bobbins, and a tiny origami tie constructed out of gold patterned green and pink paper. Also lost in this mix are two photograph negatives capturing the image of a beloved pet.

These found items can tell us a lot about the evolution of arts and crafts, such as the Victorian scrap image of a child’s head in a red rose held by a disembodied hand. Illustrations like this were produced around the turn of the 20th century and printed using a dice cut technique, which creates an embossed relief on the surface of the image. The vibrantly colorful images were then given a glossy finish, making them popular decorations for crafters to adorn cakes or use for collages in scrapbooks.

Context about the origins of some of the crafts can be gleaned from Flowers’ recollections of discovering them in the returned library books. He shared that the green origami necktie was found in a book included in the UNT Special Collection’s Gustine Courson Weaver Collection. The pressed flowers and leaves included in the collection were found in two mid-19th century journals, The Nineteenth Century (published 1877 to 1968) and The Cornhill Magazine (published 1860 to 1975). 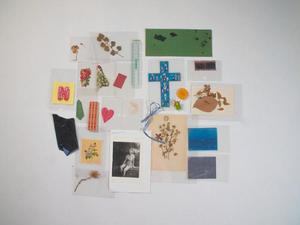 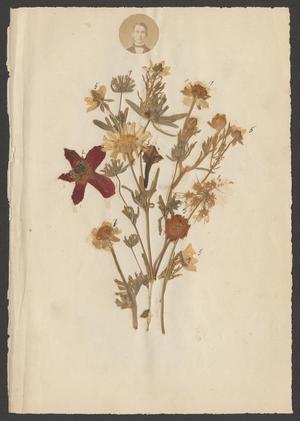 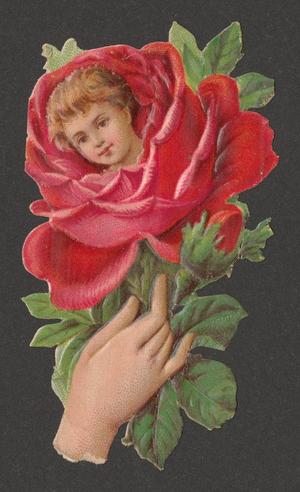 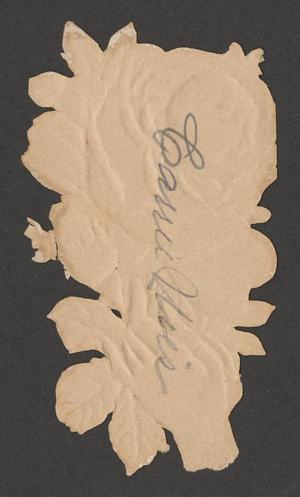 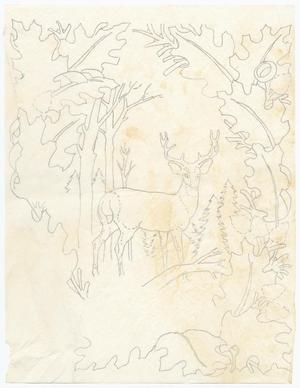 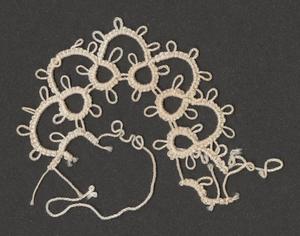 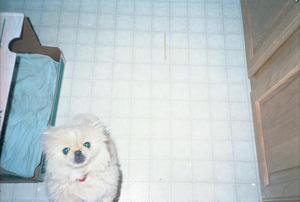 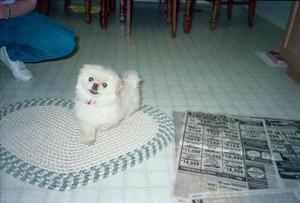