In 1944, Barsanti arrived on the coast of France, the day after D-Day, as commander of the 3rd Battalion, 38th Infantry. At 26 years old, he was one of the youngest battalion commanders in the Army. Barsanti spent eight months pushing his Battalion through France, and during that time was awarded five Purple Hearts and a Bronze Star Medal with three Oak Leaf Clusters. For his courage in battle while leading a successful defense against a German counter-attack, by personally assisting each regiment despite being under enemy fire, he earned a Silver Star, and an Oak Leaf Cluster for assisting in taking a German stronghold. 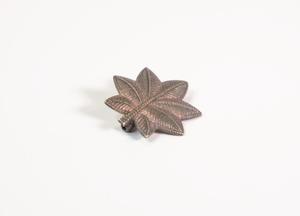 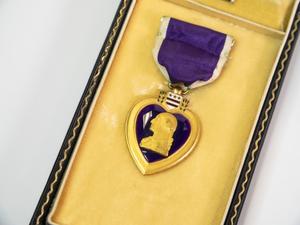 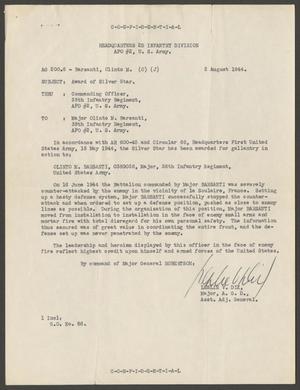 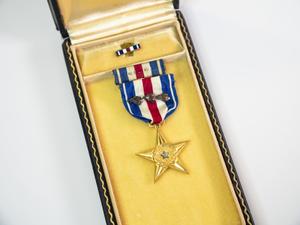