The Texas Normal College and Teachers Training Institute was founded in 1890 by a group of Denton businessmen known as “The Syndicate.” They raised money and selected the first president, J. C. Chilton, and the land on which the future University of North Texas would grow. Although the primary goal of the institution was to train teachers, degrees were conferred in business and music from the early days as well. The first bachelor’s degrees were awarded in 1892. In 1893, under the second president, John J. Crumley, and with the help of State Senator Emory C. Smith, the state legislature granted the college, renamed to North Texas Normal College, the right to confer state teaching certificates. In 1899, the college became a state institution, with the first appropriations made in 1901. The institution grew through its early decades, adding departments and organizing schools and colleges. By 1936, the first master’s degrees were awarded.

Menter B. Terrill with Wife and Class of 1899

Menter B. Terrill (president, 1894–1901) and his wife, Ada, are in the center row, second and third from the left. This was near the end of the time that North Texas was a private normal college; in 1899, the college became a state institution. 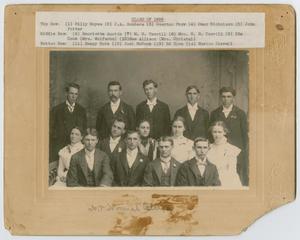 The Normal Building, built in 1891, contained administrative offices, a library, and classrooms. The students were largely pulled from Denton and the surrounding counties. 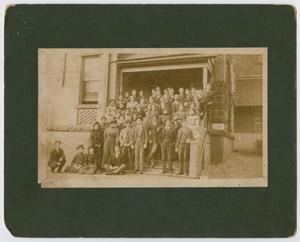 This image was taken in the spring of 1900 in the south reading room of the Library, now known as Curry Hall. Students shared long tables as they worked to complete their studies. 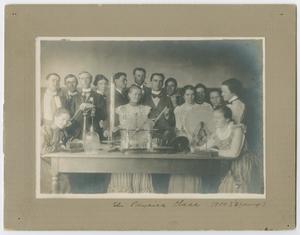 In 1908 an advertisement for the college was sent out to Texas high school students. Rather than give the date for the founding of the school (1890), the card dates the school from its acceptance as a state institution in 1901. The building pictured is the Main Building, which stood on campus from 1904 to 1923. 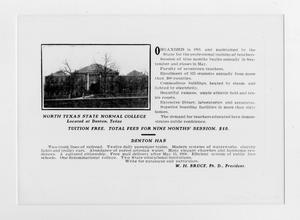 The 1897-1898 North Texas Normal College catalog provided a look at the courses offered to students throughout their college careers. The courses were divided by term and by area of concentration. The estimated cost for ten months of school (including board, tuition, laundry, and books) was estimated to be $175. 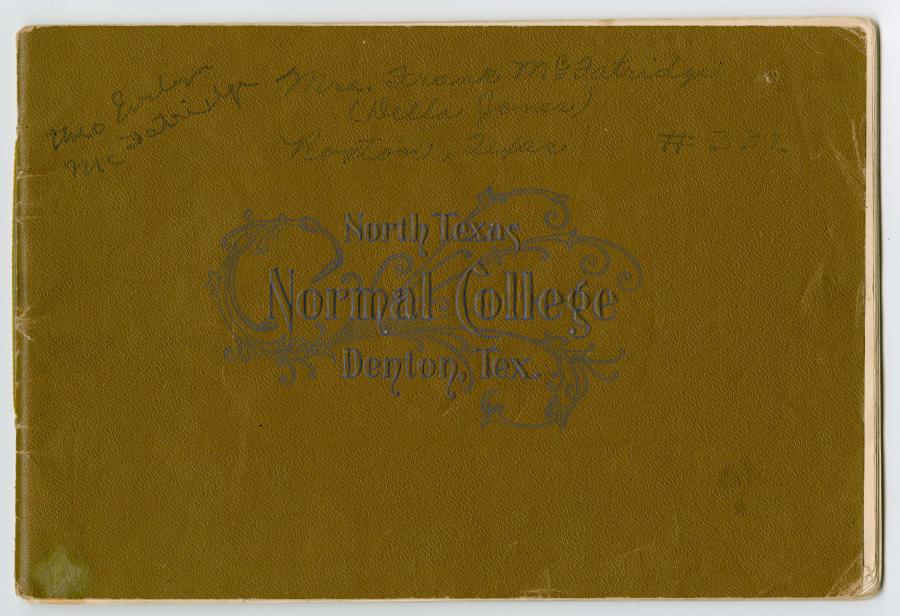 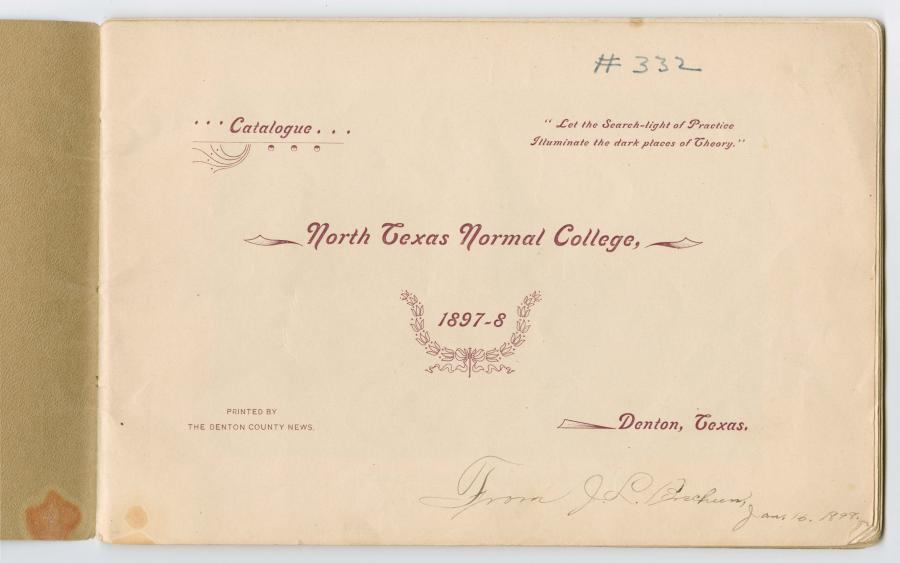 In 1935, this class was described as the largest class to date. North Texas students had the choice of nineteen majors in seven fields (education, science, art, language, social science, vocational education, and physical education). The graduates pictured are standing near the Power Plant and Greenhouse. The Education Building is in the background on the right. 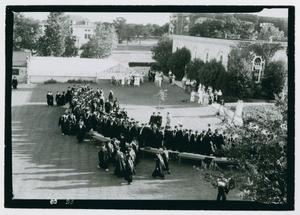 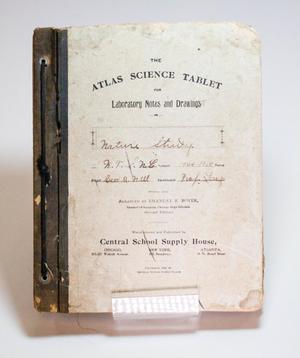 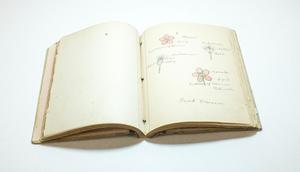 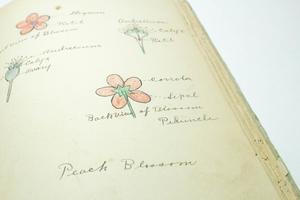