The Victory Bell began life as the Normal School’s curfew bell. The bell rang for class changes, curfews, special events, and emergencies. The bell was originally installed in the Normal Building, the first building on campus. It was found to be too heavy for that structure and was moved to an eighteen-foot bell tower around 1904. By 1915 it was moved again, to the roof of the Power Plant. Over time the 1905 bell’s clapper went missing – usually in conjunction with April Fool’s Day or a highly competitive football game. At one point it was missing for such a long time that the school purchased a new clapper. The original was returned 1908, and ended up in the possession of the first female athletic instructor, Beulah Harriss. She donated it to the university upon her retirement. This photograph shows the curfew bell on top of the Power Plant. Behind the Power Plant are the Library, now Curry Hall, and the Main Building (now the site of the Auditorium Building). 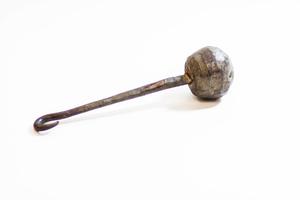 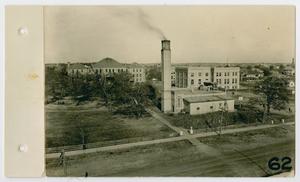 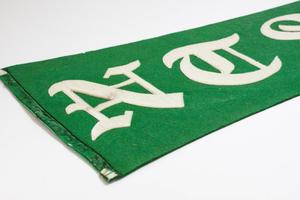 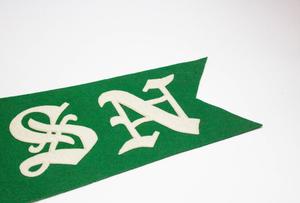 The eagle has been the university’s mascot since 1922. Prior to choosing a mascot athletic teams did not have a standard name. By 1921 the students wanted a name that would identify both the school and the teams. A vote was held on February 1, 1922; “Eagles” won over “Hawks,” “Dragons,” and “Lions.” In 1924, the U.S. Copyright Office approved the North Texas State Teachers College’s application depicting an American Eagle, wings spread, perched on a wood block with the raised inscription, “Eagles.” The emblem was used when awarding letters to athletes, as well as on pins and documents.

In 1924 Roy Whisenhunt was presented with an eagle pendant to honor his football career. Whisenhunt’s future wife, Gladys Bass, provided sketches contributing to the eagle’s design. 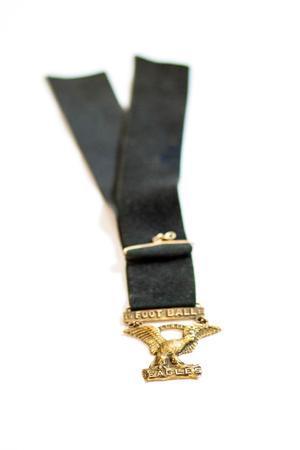 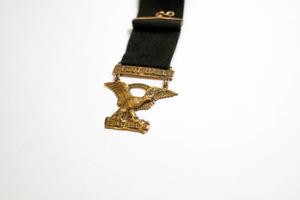 Saturday Night Stage Shows were a tradition on campus, starting in the 1920s. The performances featured music from campus bands, skits, plays, dancing, and performances by members of the campus community. Professor Floyd Graham was the director behind this entertainment event. 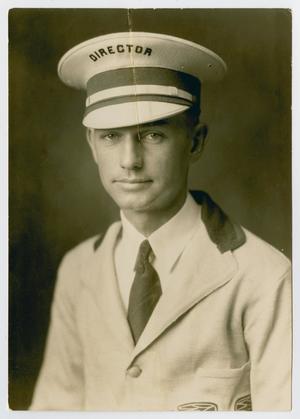 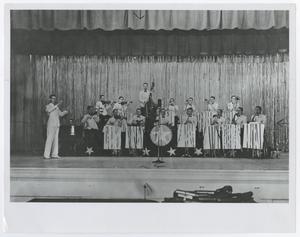 Beulah Harriss, the first women’s athletic coach, founded the Green Jackets Club in 1926 as a service and spirit organization at North Texas. Miss Harriss served as faculty advisor for this organization for four decades. 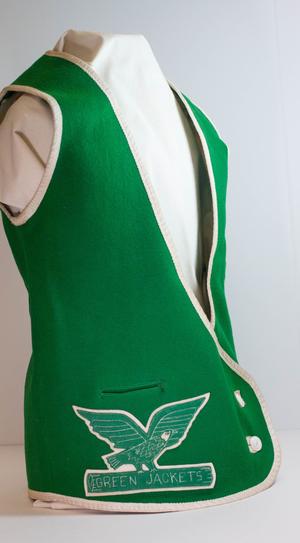 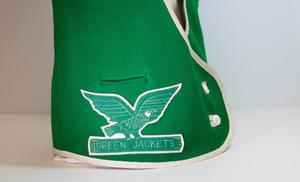 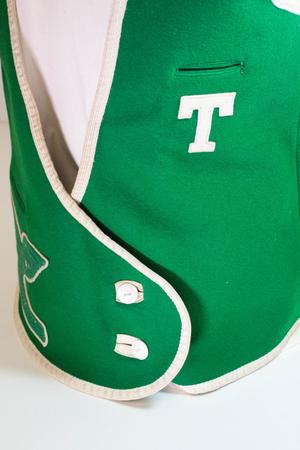 Francis Stroup (class of 1929) wrote the school fight song, “Fight, North Texas,” in 1939, having entered his lyrics in a contest run by ‘Fessor Graham for a marching song. Funds raised from the publication of the song were used to help build the Student Memorial Union. Stroup is pictured in the 1929 Yucca student yearbook as a basketball team member on page 181, in the center photograph of individual players. He was inducted into the Athletic Hall of Fame in 1987. 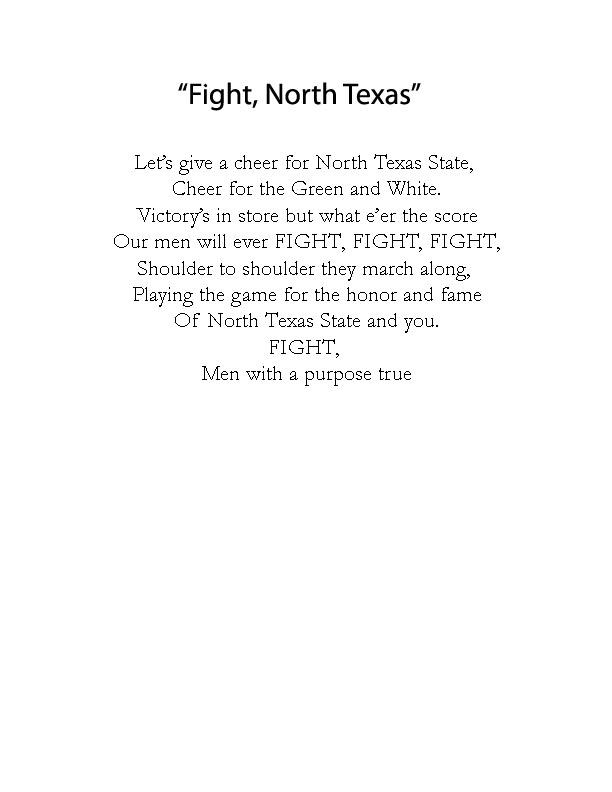 Our Alma Mater (“Glory to the Green and White”)

The alma mater was the product of the collaboration of Charles Langford, an athlete, and Julia Smith, a music major. Composed in 1922 the song made its debut in print in that year’s Yucca. “Glory to the Green and White” has undergone several word changes over the years, mainly due to the changes in the school’s name. 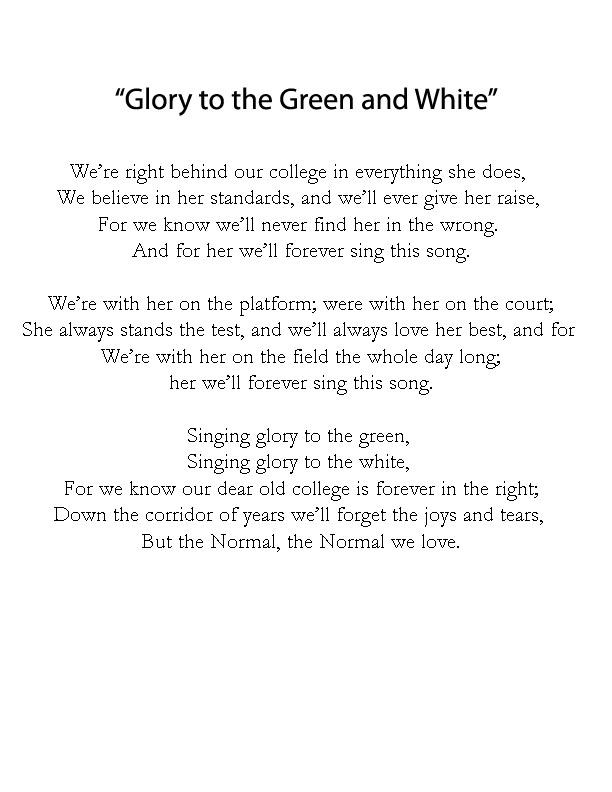 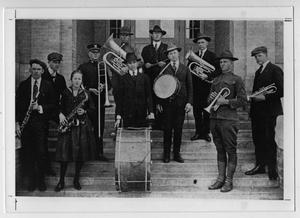 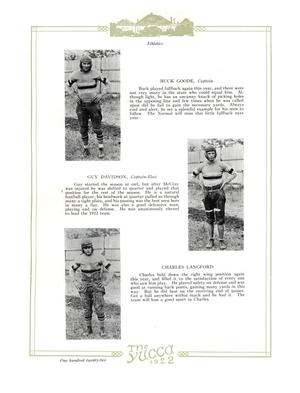 Hobo Day was observed on campus from the 1920s to the 1940s. Freshmen dressed in old clothing or costumes and had to act in accordance with their new look, which entertained them along with the upperclassmen. 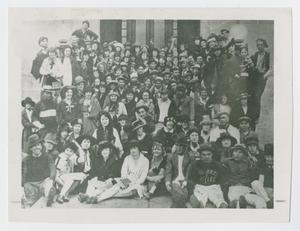