First transmitted to humans around 1920, instances of HIV/AIDS began to be documented regularly in the 1980s with the onset of the AIDS epidemic. The first official reports of the AIDS epidemic were published in 1981, in the Centers for Disease Control and Prevention’s publication, Morbidity and Mortality Weekly Report. This report described five young gay men in Los Angeles suffering from a rare lung infection, Pneumocystis carinii pneumonia (PCP). At the same time, reports of gay men with an aggressive type of cancer, Kaposis Sarcoma, surfaced in New York and California. By the end of the year, there were 270 reported cases of severe immune deficiency among gay men, with 121 of those individuals dying.

Because of its prevalence among gay men, the cause of the disease was considered to be sexual, and so it was initially referred to as Gay-Related Immune Deficiency (GRID). Terms such as “gay cancer” and “the gay plague” were spurred by ignorance and homophobia, though it quickly became clear that this was not a disease that affected only gay men. By 1982, there were reports of intravenous drug users and blood transfusion recipients infected with the disease, and so it was renamed Acquired Immune Deficiency Syndrome (AIDS). In 1983, the CDC ruled out the possibility of transmitting AIDS through casual contact, and in 1984, it was discovered that the cause of AIDS was the Human Immunodeficiency Virus (HIV).

There was a complete lack of acknowledgment of HIV/AIDS from the federal government until 1985, and only minor funding and energy put forth until the Clinton administration, beginning in 1993. The FDA approved a treatment in 1987, which offered patients only an additional year of life. This left many to seek treatments elsewhere, which were not approved for use in the United States, and which often had no effect. It was not until 1996 that a new method of treatment was approved by the FDA, and this combination of drugs has allowed HIV/AIDS sufferers to manage the disease and live long lives, but with a great financial burden.

Though AIDS still predominately affects men who have sex with men, in the U.S. the number of new diagnoses of HIV disproportionately affect the African American population, accounting for 44% of all new HIV infections, and 43% of people living with HIV, in 2014. The changing face of the HIV/AIDS epidemic is based on a lack of resources in lower income areas, continued stigma surrounding the disease, as well as the prevalence of abstinence-only sex education in southern states.

Early reporting on AIDS, was often inaccurate, and helped to spread fear and intolerance of those affected. As new information was discovered about the disease, AIDS and health organizations struggled to cut through the misinformation to provide the facts. For instance, The American Red Cross was still trying to educate the public about the fact that HIV/AIDS cannot be transmitted through casual contact in 1996, though this fact was discovered in 1984. 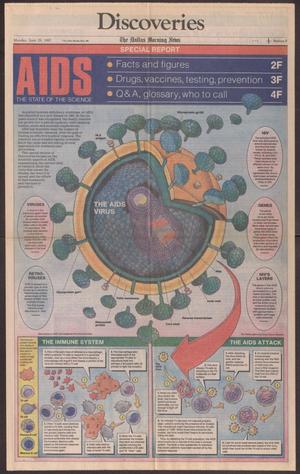 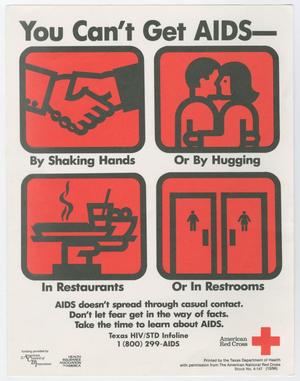 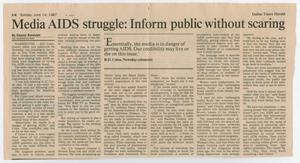 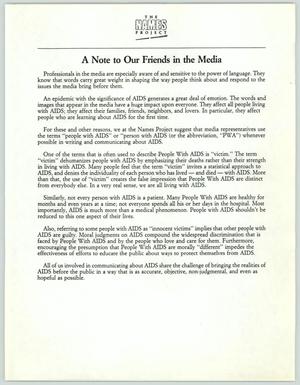 “What everyone should know about… AIDS and HIV” pamphlet, Texas Department of Health, 1987. From Linda Jebavy Mitchell Collection (The Dallas Way) (AR0881). 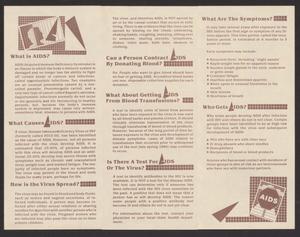 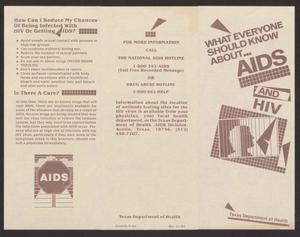 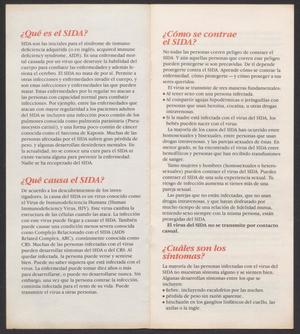 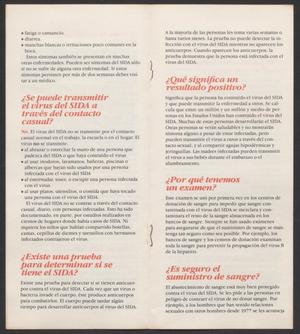 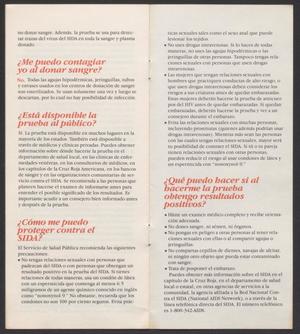 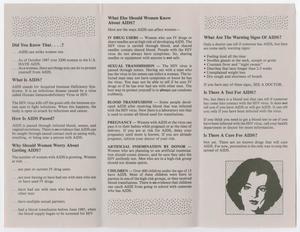 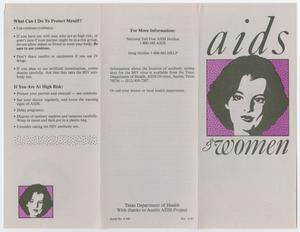 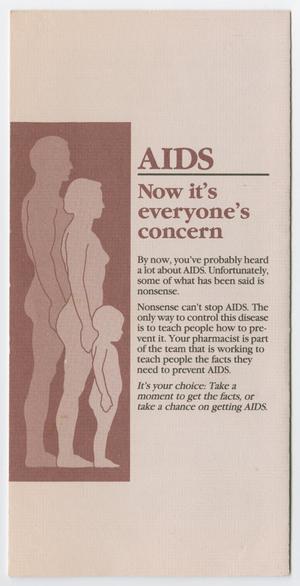 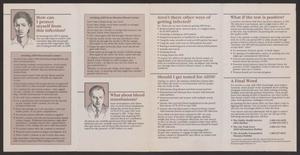 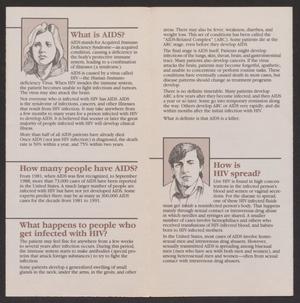