The first display of the full Quilt was on October 11, 1987, on the National Mall in Washington, D.C., during the National March on Washington for Lesbian and Gay Rights. At the time, the Quilt consisted of 1,920 panels and covered a space larger than a football field. With the overwhelming response to this display, the Quilt toured to 20 cities across the country, in 1988, to educate the population about HIV/AIDS and to raise funds for service organizations. During this four-month tour, over 6,000 panels were added to the Quilt.

The Quilt was on display in Washington, D.C. at the end of 1992, and the NAMES Project Foundation was invited to participate in the Inaugural Parade for President Bill Clinton, which took place on January 20, 1993. Two-hundred marchers carried 100 panels from the Quilt, while additional volunteers distributed tens of thousands of red ribbons. This invitation to participate in the parade was viewed as a shift in the way the federal government chose to deal with the AIDS epidemic. During the Reagan and Bush Sr. administrations, the Quilt was displayed in Washington, D.C. on four separate occasions, and neither president visited the memorial. Despite this shift in the acceptance of those affected, there remained many points of contention in regards to the Clinton administration’s priorities when dealing with the AIDS epidemic.

The Quilt has only been displayed in its entirety on five separate occasions, each time taking up more space at the National Mall in Washington, D.C. The Quilt, currently the largest community art project in the world, was nominated for a Nobel Peace Prize in 1989, and in 2005 the Quilt received the “Save America’s Treasures” Federal Grant, officially marking it as an invaluable artifact that helps to tell the American story. 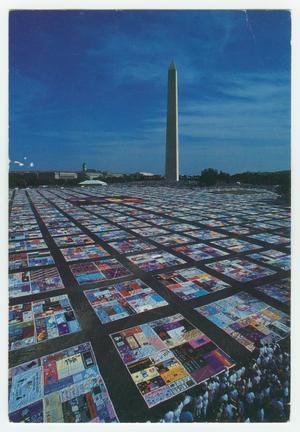 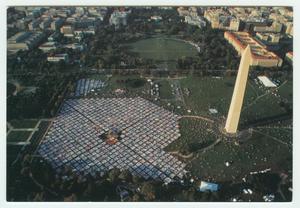 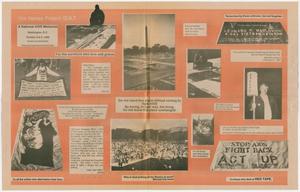 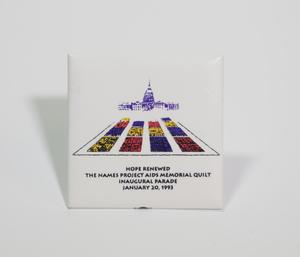 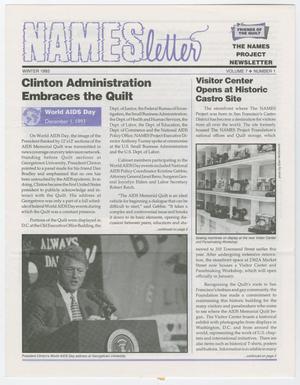 Dallas was the seventh stop on the 1988 tour of the AIDS Memorial Quilt, and the display of nearly 200 blocks was held at the Centennial Building at Fair Park. In planning this display, the NAMES Project Foundation reached out to the Dallas Gay Alliance, which created a volunteer group to handle arrangements for the official display, as well as arrange additional smaller displays throughout the city. In addition to wanting to view the Quilt, the people of Dallas also wanted to memorialize their loved ones by adding their names to the Quilt. The Dallas Sewing Center was opened to address this desire. Caven Enterprises donated a storefront on Cedar Springs, which housed the donated sewing machines and materials that people could utilize to create panels.

This photo of people linking hands in a circle captures part of the ritual of unfolding the large Quilt blocks. Volunteers, usually panelmakers, dressed in white so as not to distract from the Quilt, work in teams of eight to unfold each block. The volunteers clasp hands around the folded block, then four volunteers unfold the first layer of the bundle, the other four unfold the next layer, and they take turns until the block is completely unfolded. As the block is completely unfolded, all members of the team lift the Quilt block and turn it in a full rotation, clockwise, and place it on the floor in line with the display layout. After the block is placed, the eight volunteers again clasp hands around the block, to honor those represented. 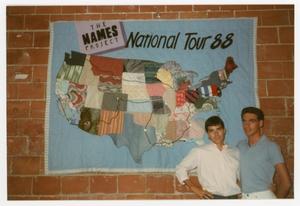 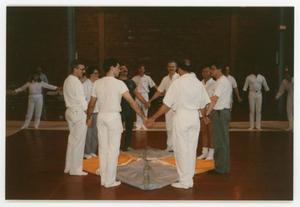 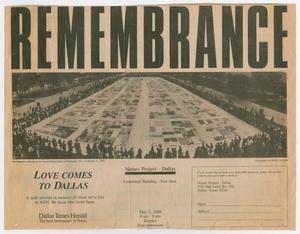 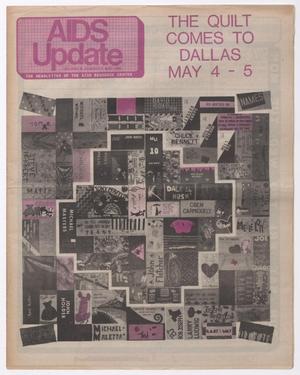 In October of 1988, the Quilt returned to Washington, D.C., from its national tour. 8,288 panels were displayed on the Ellipse in front of the White House. At this display, loved ones, celebrities, and politicians read aloud the names of those represented on the Quilt, and this ceremony has been a tradition at Quilt displays ever since.

Members of the Dallas LGBT community, including John Thomas, attended this display, and represented the city in the candlelight vigil.

Duane Puryear attended this display, and can be seen holding the panel he created for himself. He contracted HIV at the age of 16 and was diagnosed at 22, at which point he moved back Dallas to be with his family. During this time, he worked with the AIDS Resource Center Hotline, which led to him taking on a public speaking role to help educate about HIV/AIDS. Puryear died in 1991, at the age of 26. 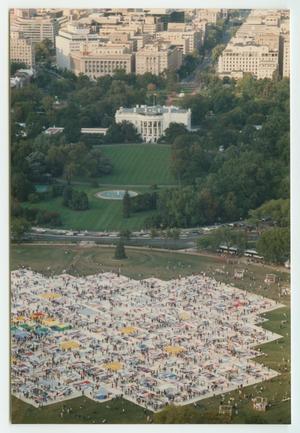 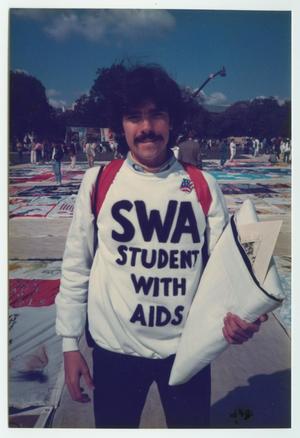 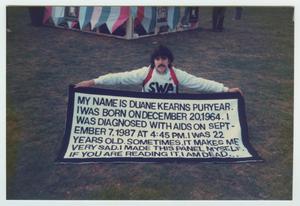 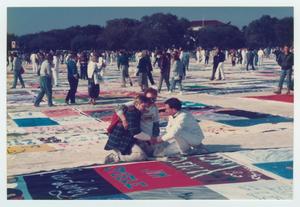 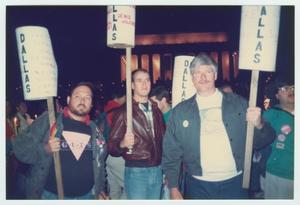 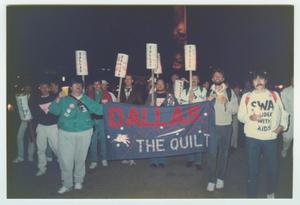 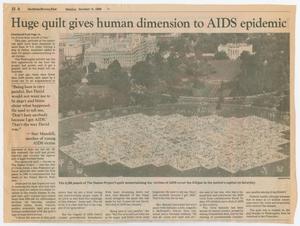 Dallas Shares the Memories-The NAMES Project AIDS Memorial Quilt Display, held in 1994, was the largest Quilt display outside of Washington, D.C. at the time, including around 3,000 panels. 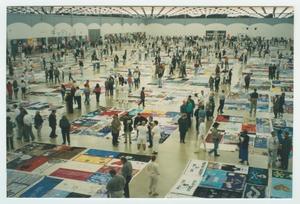 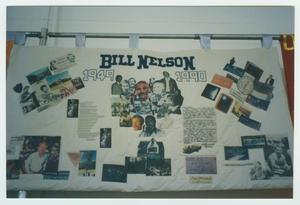 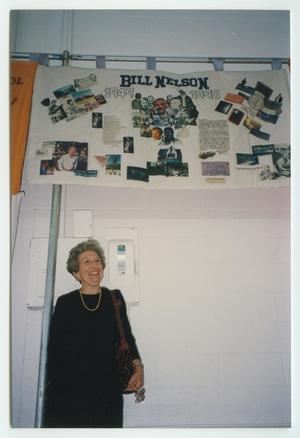 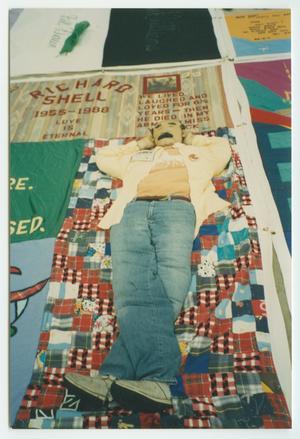 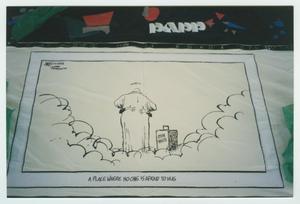