UNT Multicultural Center Through The Years: Center for Ethnic Affairs

The Center for Ethnic Affairs was established at North Texas State University in 1973. The idea to establish this department was brought to the Board of Regents for a vote, and the vote was split. Members of the Board in favor of the department suggested that those who were against it did not understand the spirit of the program. Some of those who were against establishing the Center thought that it would only further separate segments of the student body. Because the vote was split, the deciding vote was cast by the Chairman of the Board of Regents, A.M. Willis Jr.

At the time of the founding of the Center for Ethnic Affairs, North Texas State University had the largest concentration of “multi-ethnic” students at any Texas public university. Because of this, it was clear that these students needed representation within the university system. With this in mind, Ayers took to establishing the foundational objectives for the Center for Ethnic Affairs: 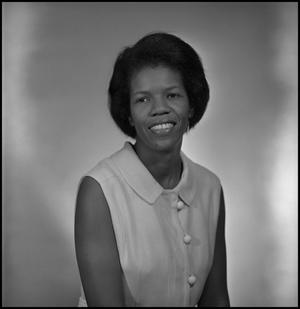 On September 26, 1973, Ayers brought together all of the ethnic organizations on NT’s campus to discuss what the Center for Ethnic Affairs could do for each group. This was the first time that all minority groups had a single meeting on campus.

In October 1973, the Mexican-American Student’s Association (MASA) met for the first time. They were initially excited to work with the Center for Ethnic Affairs on programming.

Because the Center was in its first year, there was inadequate funding for all of the programming they wanted to host, and Ayers made this funding issue known. Ayers made a big push to hold a Black Awareness Week, where black students could celebrate and share their culture on campus. In the same vein, MASA wanted to create a Mexican-American Awareness Week program to share their cultural heritage. MASA students felt that Ayers was unfairly allocating less time and funding to the Mexican-American Awareness Week events than she had for Black Awareness Week events. Ayers resigned from her position as Director of the Center for Ethnic Affairs amidst this controversy, in 1974.

In 1974, Desidoro (Desi) Ortiz became Director of the Center for Ethnic Affairs. He carried on many of the programs that Ayers started, and worked to ensure that funding was being fairly allocated to the various groups the Center was working with.

In 1975, UNT held its first Minority Awards Banquet, honoring students, faculty, and staff in the areas of arts, media and sports. This awards ceremony was held as the final event for the Sharing-in-Growth Conference.

In June 1975, Ortiz was accused of indecency with a child. Though he pled not-guilty, he resigned from his position, and died in a motorcycle accident in August 1975.