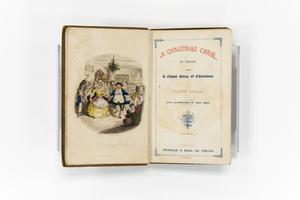 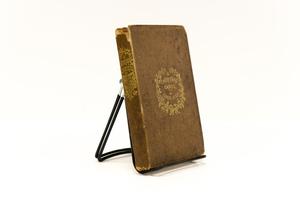 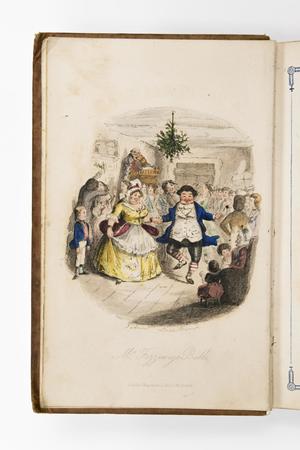 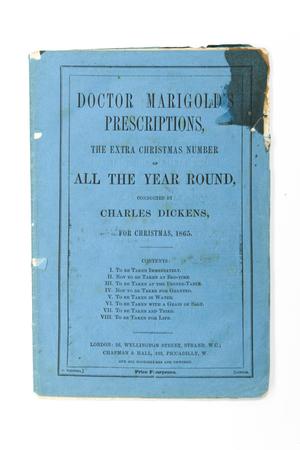 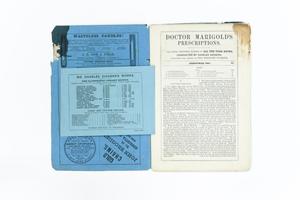 In 1843, with his fifth child on the way, Dickens was short of money and hit upon the idea of writing a short Christmas novel as a quick way to increase the balance of his bank account, writing the book in only six weeks. Because he lavished care on it, even insisting on hand-colored plates, it brought in only a fraction of the profit he had hoped despite many copies being sold.

Appearing on December 19, 1843, it was an instant success, going through many re-printings in the following months, and has never been out of print. The Carol has been described as “the most perfect work Dickens ever wrote.” Ebenezer Scrooge is far and away Dickens’s best-known character, even among people who have never read Dickens.

There are some over-enthusiastic fans who say that Dickens invented Christmas. The fact is that among the upper classes of Victorian Britain, the celebration of Christmas had been muted since the Puritans’ “war on Christmas” during their rule (1642–1660). What Dickens did was to make Christmas celebrations respectable again and restore the joy and warmth of the season.

This first edition is bound in a publisher’s embossed and textured brown cloth with a gilt wreath and titles on the cover and with gilt titles and decorations on the spine. The title page incorrectly identifies this as a fourth edition; it was likely the fourth printing of the first edition from the original form.

Of the eight illustrations in the first edition of A Christmas Carol none is better known than “Fezziwig’s Ball,” considered to be the most popular non-secular image of the holiday.

Dickens, Charles. Doctor Marigold’s Prescriptions: The Extra Christmas Number of All the Year Round. London, 1865. Print.

With the tremendous success of A Christmas Carol, Dickens saw the potential of offering Christmas stories during the holiday season. Each year he produced a special “extra Christmas number” of Household Words, employing a frame plot to bring together a series of stories by a variety of writers. The Christmas number typically sold around 300,000 copies.

This 48-page volume is bound in blue paper wrappers and contains a tipped-in notice of the completion of Our Mutual Friend, with other works advertised on the reverse of the notice. Doctor Marigold’s Prescriptions was written in collaboration with other writers; of the eight chapters, chapters I, VI, and VII are by Dickens.