Master Humphrey’s Clock was a weekly magazine (April 4, 1840 – December 4, 1841) edited and completely written by Dickens. In it he published two of his novels, The Old Curiosity Shop and Barnaby Rudge.

In The Old Curiosity Shop, with the death of the character Little Nell, Dickens recreated, and relived, the death of his sister-in-law, Mary Hogarth, who died in 1837 at age seventeen in his arms, an event that traumatized him. Readers of the serial could sense that Nell was dying. Many wrote to beg him to let her live. In Boston Harbor as a clipper ship bringing the latest installment of the novel approached the wharf, eager readers crowded onto it and shouted out to sailors on deck, “Is Little Nell dead?”

This illustration from The Old Curiosity Shop pictures the villain Daniel Quilp, a moneylender set to cheat and ruin the lives of others. 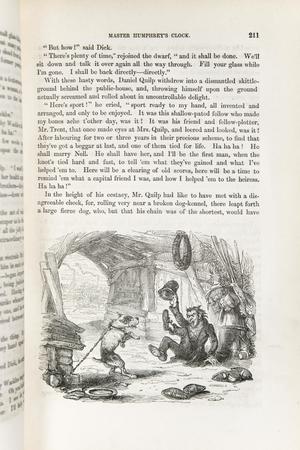 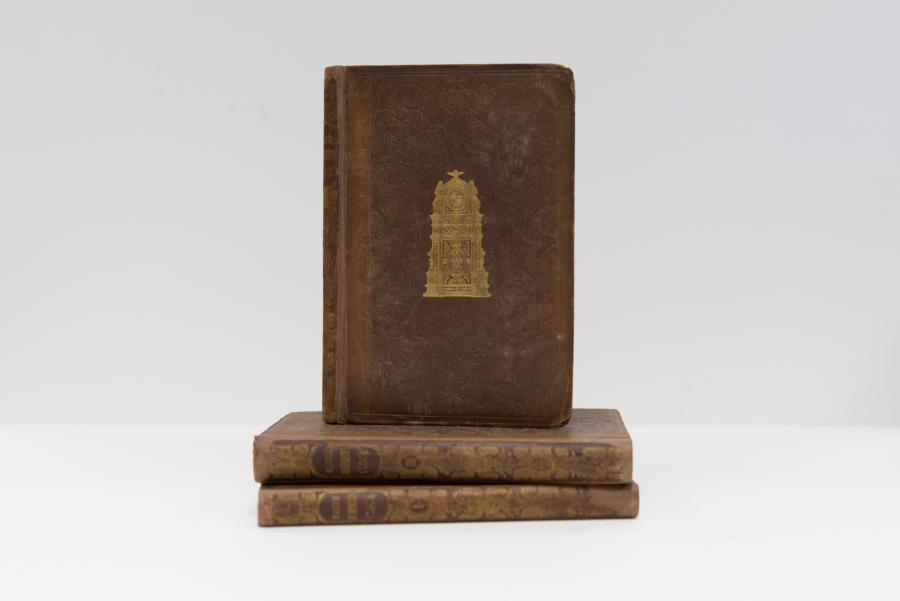 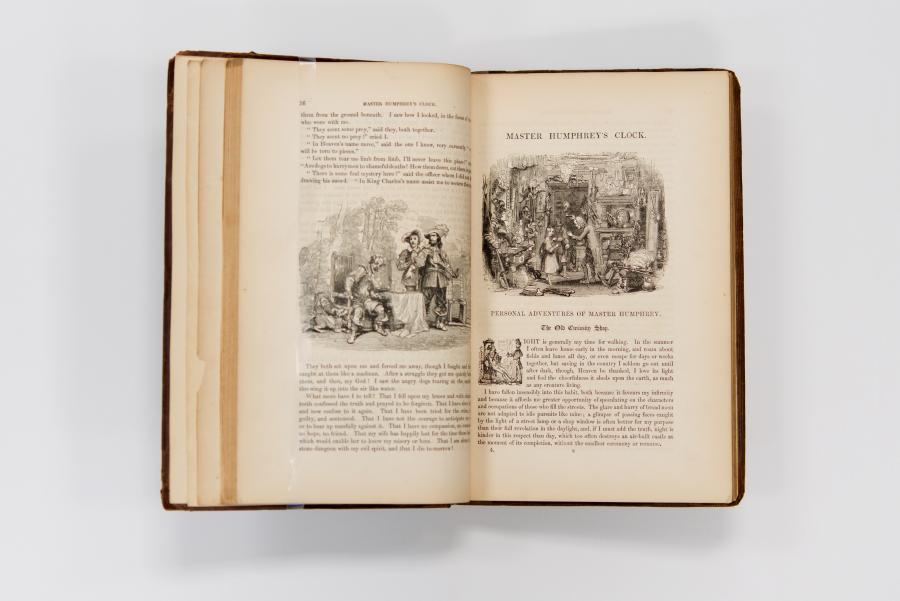 Dickens edited the weekly magazine Household Words from March 1850 until May 1859. The price, a mere 2p, insured it a vast audience. Dickens serialized the novels of many writers but only one of his own, Hard Times, in the magazine, although his A Child’s History of England appeared there as well. He had intended to publish Hard Times in part issue in twenty monthly installments but published it in the magazine to bolster slumping sales. 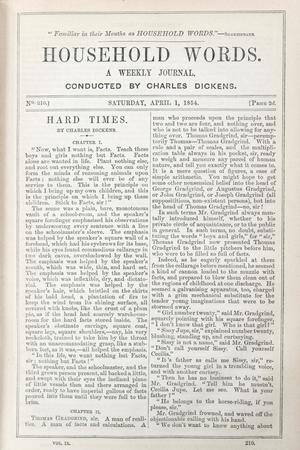 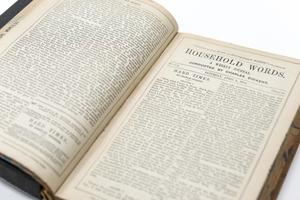 All the Year Round

Dickens edited the weekly magazine Household Words from its inception in May 1850 to November 1859, leaving the editorship over a dispute with the publishers, Bradbury and Evans. He then founded another magazine, All the Year Round, which began publication in January 1860. He continued as editor until his death in June 1870.

Two of his novels, A Tale of Two Cities and Great Expectations, were published in All the Year Round. 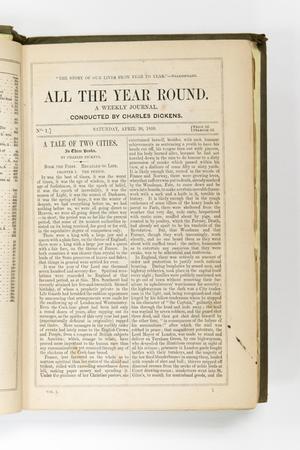 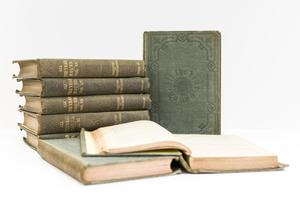