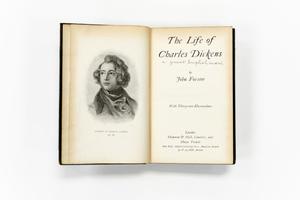 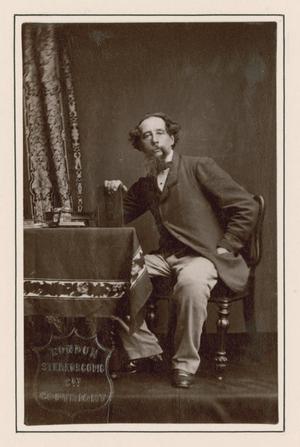 The Victorian era in Britain was a period of unprecedented population growth, urbanization and industrialization. It was also a period of deep division between the rich and poor. While the wealthy and growing middle-class populations were entertained by spectacular exhibitions of art and natural history, times were much harder for the poor and working classes.

Rapid industrialization and urbanization resulted in high unemployment and housing shortages. Many people were forced into tenement houses and lived in deplorable conditions. It was in this atmosphere that a young Charles Dickens grew up, in a slum he described “as shabby, dingy, damp, and mean a neighborhood, as one would desire not to see.”

Shortly after his twelfth birthday Dickens was sent by his debt-ridden family to work in a shoe- blacking factory alongside other children, some as young as four years old. Dickens’ family could only afford to keep him in school for a few short years. His father served time in a debtors’ prison.

The experiences of Dickens’ childhood left him with a lifelong concern for the most helpless and neglected members of society. His experiences in early life provided him with much inspiration for his later novels. Dickens especially had sympathy for children, whom he compassionately portrayed again and again in characters like Tiny Tim Cratchit, David Copperfield and Oliver Twist.

The Life of Charles Dickens

At Dickens’s request, his best friend, literary and legal advisor, and executor of his estate, John Forster (1812-1876), wrote the first authorized biography. The novelist left Forster all his papers—manuscripts, corrected proofs and letters—to use as sources. Forster began work shortly after Dickens’s death in 1870. The first volume appeared in 1872 and two further volumes in 1873 and 1874. Forster’s Life has remained the classic, essential source for all subsequent biographies despite Forster’s reticence about details of Dickens’s private life.

Forster gave all of Dickens’s papers to the Victoria and Albert Museum in London, where they are gathered in the Forster Collection, a treasure trove for scholars.