Bob Kap, a Serbian soccer coach who moved to Texas to coach the Dallas Tornado Soccer Team in 1967, ended up changing the way players kicked in the NFL. He convinced teams to utilize European style kicking, where the inside of the foot, instead of the toe, hits the ball allowing for more accuracy and power. He also introduced cleats that have the laces positioned to the outside, allowing for less interference from the laces. These shoes have been pointed out on the news clipping.

The photograph displayed shows Kap with Toni Fritsch, a European soccer player who Kap recruited for the Dallas Cowboys. Fritsch kicked for the Cowboys from 1971 through 1975, during which time the Cowboys won Super Bowl VI. Fritsch played for four additional NFL teams through the 1985 season. 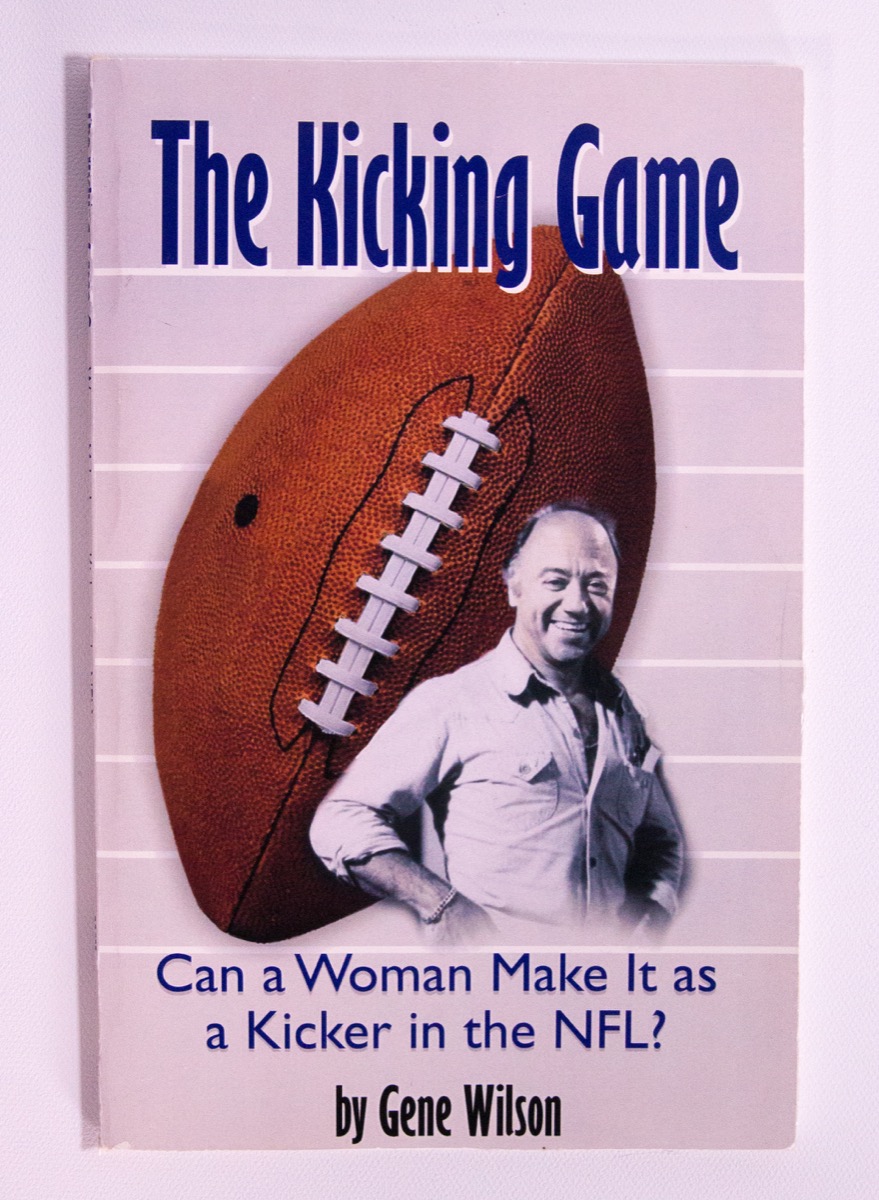 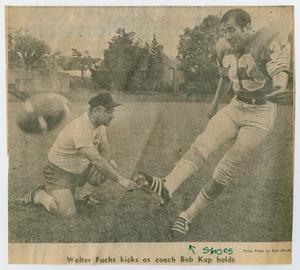 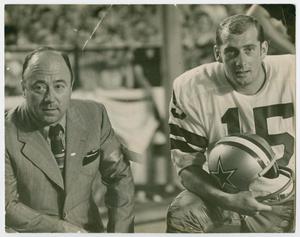 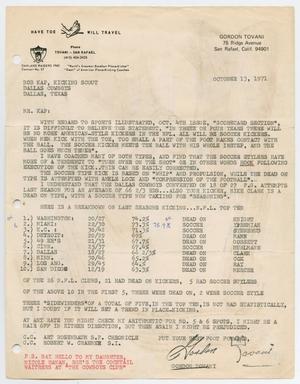 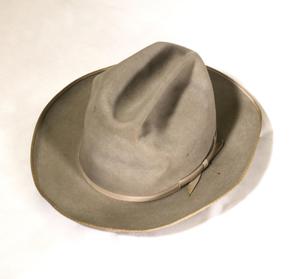