Streamlining is one of the central—if ironic—functions of bureaucracy and its material forms. Bureaucracy is dedicated to developing standardized processes and procedures, which are intended to apply generally across multiple cases. In other words, bureaucracy exists to streamline systems by making them capable of applying to different cases. Yet, it is the case that bureaucratic systems evolve in ways that not only fails to streamline processes and procedures but come to obstruct them. One common response is to such obstructions is the development of new bureaucratic structures that will streamline older systems–and on and on and on.

The Presidential Papers collection contains various papers, documents, and ephemera from the presidents of UNT since the school’s founding at Texas Normal College and Training Institute in 1890. This box holds papers and ephemera from UNT’s fifth president, William H. Bruce, who served as president of the institution from 1906 to 1923. It also includes letters to members of the Board of Regents, the Texas Attorney General, and correspondence between Texas College presidents dating from 1904-1924, as well as documents about class offerings, bulletins, faculty meeting minutes, and faculty contracts, and more. Each folder contains a set of documents—often original documents—that were influenced by, signed by, written by/to, or directly affected President Bruce and/or his presidency.

President Bruce is recognized for raising the standards for instruction at UNT. In particular, he presided over a major curricular transformation, which replaced the three-year teacher-training degree plan with a four-year bachelor’s degree program. Bruce raised admission standards to meet requirements established by major colleges, increased the number of faculty members who held graduate degrees, and enlarged course offerings. During his twenty-year presidency, eight buildings were constructed on UNT’s campus, including the President’s House, the Library (now Curry Hall), the Science Building, the Manual Arts Buildings, and the Education Building. During his presidency, student enrollment also increased significantly, from 1,028 to 4,700. The faculty also grew from 4 to 118 during this period.

The papers collected in this box detail some of the negotiations and decision-making necessary to effect these changes. The documents housed in this box mark the massive alterations that UNT underwent during Bruce’s presidency. By taking a look at the Budget and Appropriations folders, one can track how much more money UNT received and appropriated in 1924 than in 1904. The Building and Furniture Records mark the change in UNT’s campus from ten to twenty-five acres and the addition of eight buildings. At the end of his presidency, in 1924, President Bruce had the name of the institution changed to North Texas State Teachers College. Documents marking this change are also present within these folders. President Bruce died in December 1943.

Although the various documents collected in this box are interesting as bureaucratic forms, the box itself is also an important artifact of bureaucratic streamlining. Affixed to the box are two 3x5 cards with typed identification records. These include the call number, box number, brief descriptions of contents, and dates. This box also includes hand-written amendments: originally identified at “Early University Records,” the contents were at some point reclassified as belonging to the “University of North Texas-President’s Office” collection. These identification marks may seem relatively insignificant, but they are essential for organizing and locating these materials. UNT’s archives holds approximately 10,000 linear feet of various documents, including more than 500 boxes of Presidential Papers. The cards affixed to this box, therefore, streamline the process of storing these materials and locating them when researchers want to access them. 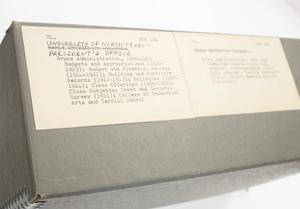 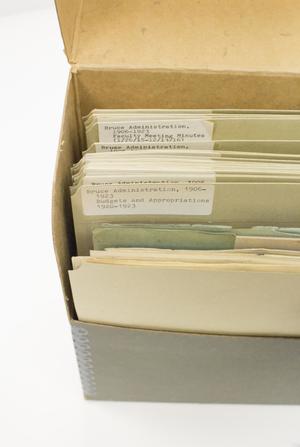 “This convenient Budget Portfolio will serve you in two ways: (1) as a compact, handy container for your War Bonds, and (2) as a systematic method for budgeting each bond for a specific after-war use.” So begins the description of the War Bond Portfolio, a statement that highlights the portfolio’s streamlining functions. This War Bond Portfolio is from 1942; it was available during World War II and was issued by Norge Household Appliances. War bonds were issued in order to help fund the war effort. During World War II, individuals could purchase a bond for $18.75 that would mature to $25.00 in ten years. Citizens were encouraged to purchase bonds as part of their patriotic duty. Many companies donated advertising and products in hopes of raising money for the war effort.

Norge Household Appliances offered this portfolio for free, and advertised for it through publications such as Life Magazine. Kathryn Cramer Brownell explains that during World War II, “appeals to citizens to purchase war bonds permeated every aspect of daily life. Newspapers, radio spots, theaters, and broadsides reminded individuals daily of their responsibility to buy war bonds” (69). Advertisements and pamphlets such as this one were not uncommon. They were found in nearly every individual activity, but print media was extremely popular. The portfolio urged citizens to buy war bonds, and it also advertised products or companies endorsing the effort. Portfolios allow companies to advertise products that would serve a purpose in the user’s life, and they promoted America and the company’s products simultaneously. Within this particular pamphlet, Norge Appliances advertises for both the war effort and its appliances. Along the bottom of the back of the portfolio a banner reads, “When we win—see Norge before you buy.” Such statements connected patriotism to purchasing consumer products.

Although the primarily goal of the portfolio was advertising, the War Bond Portfolio was also a tool for streamlining the collection and storage of war bonds and the planning process for spending bonds after the war. It contains six sections for storing war bonds: savings, children’s education, new car or plane, vacation or travel, new house or farm, and miscellaneous. The last panel of the inside of the portfolio also contains a template for budgeting out the costs of Norge Appliances. In foregrounding streamlining, therefore, the War Bond Portfolio indicates that its bureaucratic form and functions are inextricable from its consumer appeal. 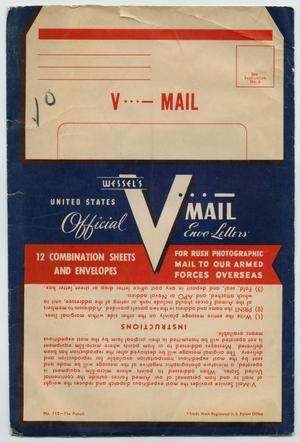 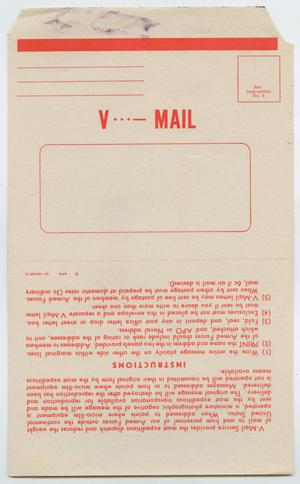 This exhibit contains two components: a miniature pamphlet, titled War Ration Book Four, and a miniature book, titled Consumer Rationing in World War Two. Both pamphlet and book are 2 inches by 2.5 inches, and they are collected in a cardboard sleeve with a miniature WWII-era announcement affixed to the cover. The announcement was purportedly issued by the United State Office of Price Administration, urging people to “Never buy rationed goods without ration stamps” and “Never pay more than the legal price.” The collected set was published in 1979 by Robert E. Massmann, a well-known publisher of miniature books.

The pamphlet collects several WWII ration stamps pasted onto the pages. The only text in the pamphlet is handwritten in the front cover. It reads, “These are genuine World War II ration stamps” and is signed by Massmann. The ration stamps are 1.5 in by one-half inch paper rectangles, and they would have been distributed by the U.S. government in books of 28 beginning in 1942. Rationing operated as an exchange or trade system: consumers would give their ration stamps to merchants in exchange for goods, such as tires, household cleaning supplies, sugar, and oil. It is important to note the types of items that were rationed—the items were staples, not luxuries. In addition to helping conserve valuable war materials, the goal of these rationing stamps was to help save time, money, and manpower needed for the war effort.

The book that accompanies the pamphlet is a brief history of rationing and its connection to the expansion of labyrinthine bureaucracy in the war years. Although the ration stamps were intended to support the American war effort by streamlining the distribution of commodities, several problems resulted from the use of ration books, including counterfeiting. Another problem was that some commodities were deleted from and subsequently re-added to the list of rationed items, creating confusion. A third problem associated with ration books was that consumers had to register for each book, typically once a year starting with the first book in 1942, the second book in 1943, and so forth. This registration process was not only inconvenient, but it allowed the government to keep track of consumers.

Despite the attempts to streamline the rationing system and process, Massmann’s text makes clear that his miniatures are not intended to celebrate the rationing system itself but its passing. In the opening pages of the book, he writes, “Bureaucracy surely reached one of its pinnacles with the growth of the ensuing complexity of booklets, cards, stamps, coupons, certificates, and tokens.” The closing sentence expresses his “fervent hope that such measures never again become necessary.” 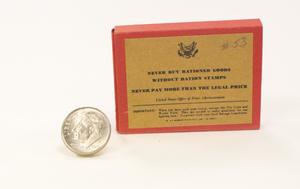 Application for Basic “a” or “d” Mileage Ration: For Passenger Automobiles or Motorcycles Only

These certificates are fuel oil ration certificates issued in 1943 as part of the WWII rationing program administered by the United States Office of Price Administration. They were issued to Abbie F. Stevens of Waltham, Massachusetts in 1942 and were used between November 1942 and April 1943. Each certificate had coupons attached to each side, which Stevens would have exchanged for oil and gasoline. There is also a log on each certificate that documents the dates and amounts of deliveries received by Stevens. These certificates were issued in connection with one’s place of residence, so if Stevens moved, she would forfeit these certificates and presumably acquire new certificates in connection with her new address. As a bureaucratic form, the fuel oil ration certificates fulfill several streamlining functions, including streamlining (1) the delivery of fuel, (2) records for the distribution and receipt of fuel, and (3) the exchange of ration allotments. As the war carried on, more commodities were rationed, and the forms involved in managing the rationing system proliferated. Moreover, the forms were specially designed and regularly updated to combat counterfeiting and forgery. These certificates, for instances, are printed on specially marked paper with an official Office of Price Administration stamp. They are also marked with a unique identification number. Producing and regulating the various forms and coupons intended to streamline the exchange of commodities, including fuel, but also cleaning supplies, cooking supplies, meat, rubber, and more constituted a massive bureaucratic operation.

Find Application for Basic “a” or “d” Mileage Ration: For Passenger Automobiles or Motorcycles Only in the UNT Libraries. 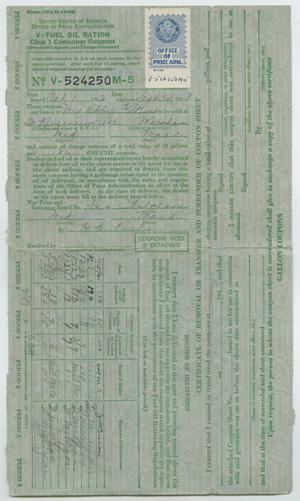 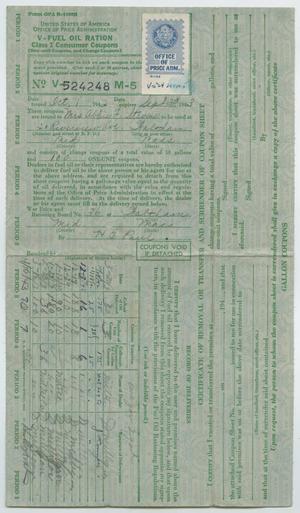