John Rogers was often hired by businesses around Texas to photograph their buildings, workspaces, and employees. These photographs could be used for promotional materials and were an excellent way of documenting a business and employees at a specific time. Some of the major businesses represented in John Rogers’ work that are not featured here include Vinson Supply Company, Padgett Printing, Texas Instruments, and Dallas County Community Colleges to name a few.

In 1930 Paul and Thomas Braniff founded Braniff Airways, Inc., a small airline based out of Dallas. The two petitioned the US Postal Service for a Chicago-Dallas airmail route in 1935, making Braniff Airways the first company to hold that route, and allowing them to eventually grow into a major airline company. Braniff assisted in World War II, grew their passenger business, bought out other airline companies, grew their fleet, and expanded their routes across North, Central, and South America. In 1958, at the height of business, Braniff Airways moved built a new terminal and facilities at Dallas Love Field called the Braniff Operations and Maintenance Base. These photographs show the mid-century modern design of the new facilities, with the butterfly roof. In 1958, Braniff also moved headquarters to a new building at Exchange Park, which Rogers also photographed. 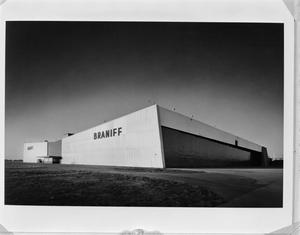 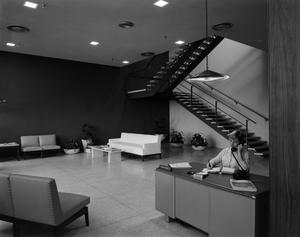 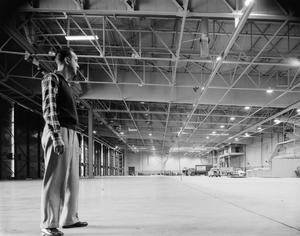 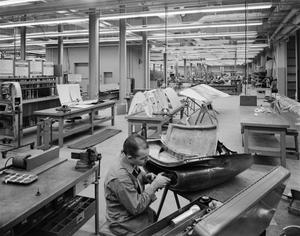 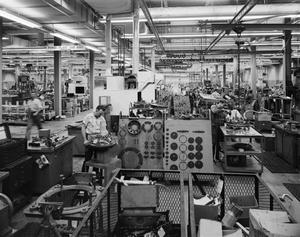 The Lipton tea company was established by Sir Thomas Lipton, a wealthy businessman from Glasgow, Scotland, around 1890. Lipton was the earliest adopter of selling pre-portioned tea and tea bags to shops and customers, and at very low prices, making his tea company a quick success. In the 1930s Unileaver purchased the Lipton tea company, and began to expand. This Lipton tea plant in Galveston, TX opened in 1951 and became a major employer for the city until it closed in 1990. Raw tea was delivered to the plant from around the world, to be processed for sale. 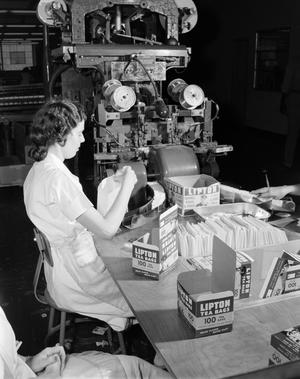 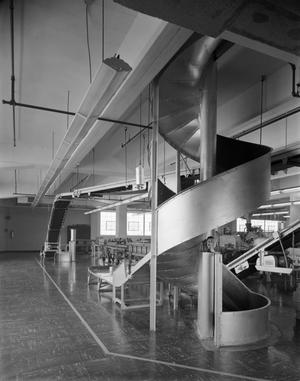 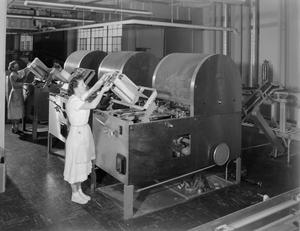 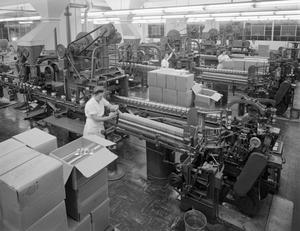 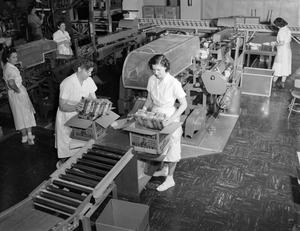 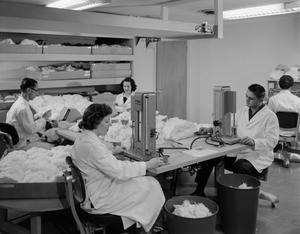 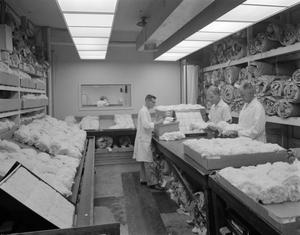 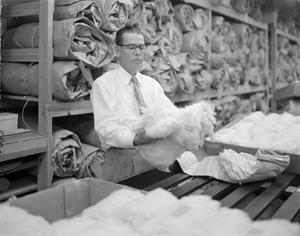 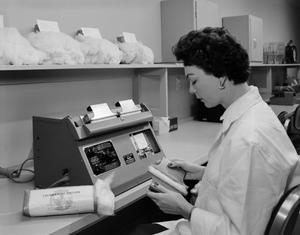 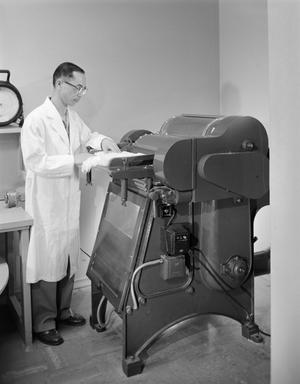 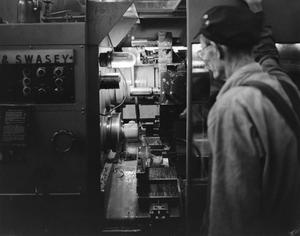 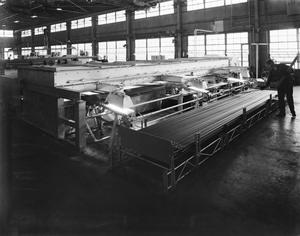 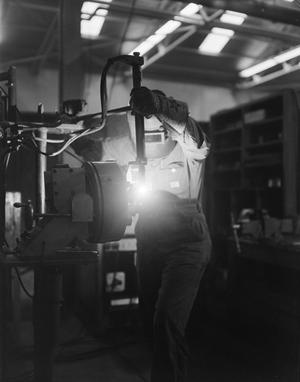