The Cat's Out of the Bag: Brave Combo Accordion Book

The Brave Combo Accordion Book was specially commissioned for UNT Special Collections. It is a one-of-a-kind artists’ book created by Peter and Donna Thomas in collaboration with Carl Finch, the founder of Brave Combo. Carl’s love of the accordion led to the instrument becoming an essential component of Brave Combo’s sound soon after the band’s founding in 1979. The text and the accordion from which the book is made were both contributed by Carl and combine to tell the story of Denton-based Brave Combo.

In a description of the book, artists Peter and Donna Thomas state:

“Just as there are many different kinds of music, there are many different kinds of books… Some books are a little out of the ordinary, like the ones with folded pages commonly called “accordion books.” Then there are the extremely unusual books like this real accordion book…We have used Carl’s accordion to present his story in a way we imagine that Brave Combo would have done if they were making books instead of music.”

The Brave Combo Accordion Book was purchased through the UNT Friends of the Library Endowment. 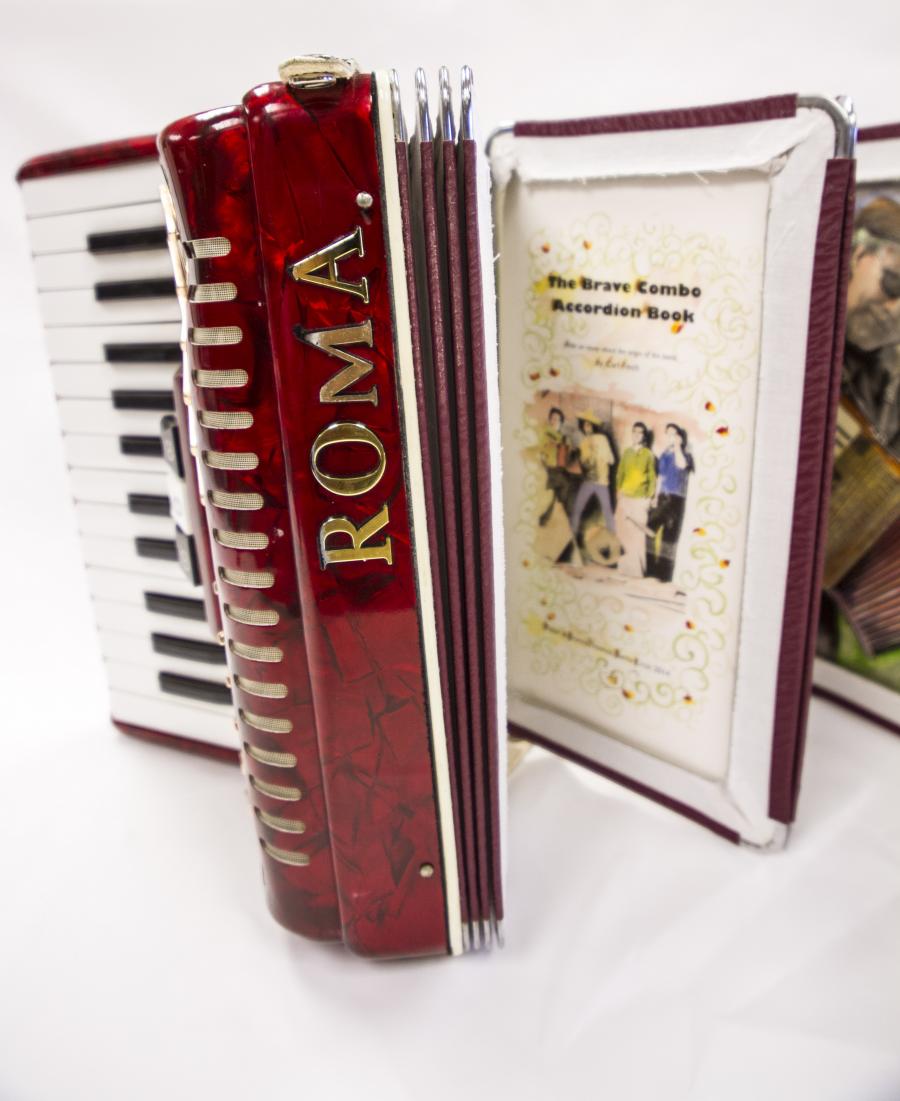 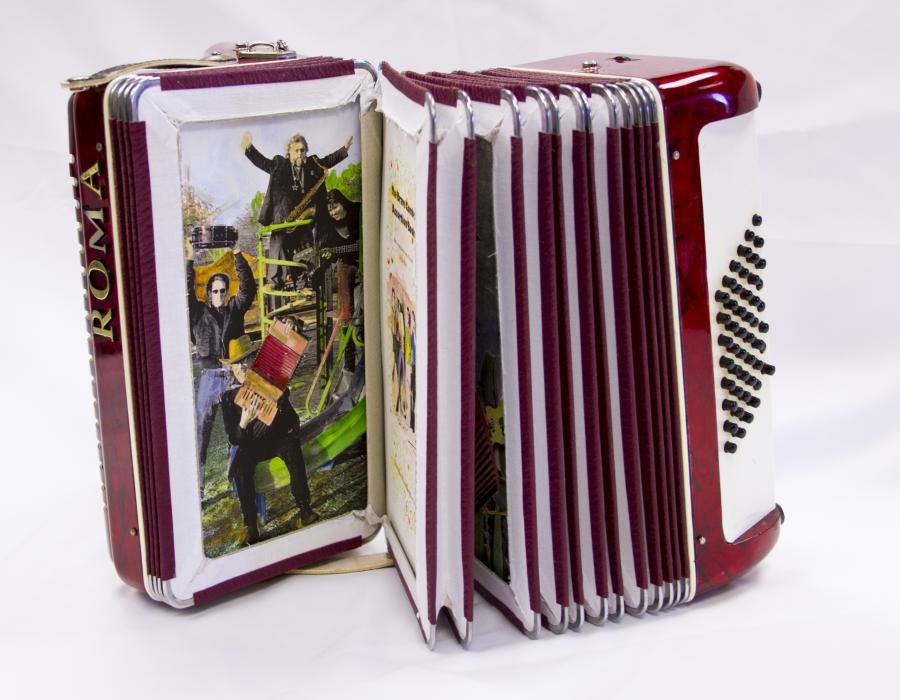 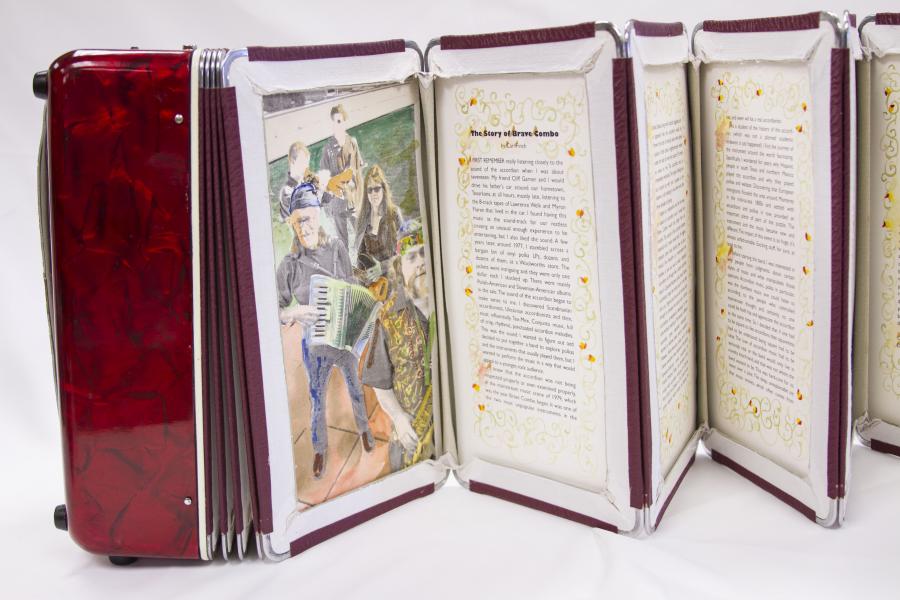 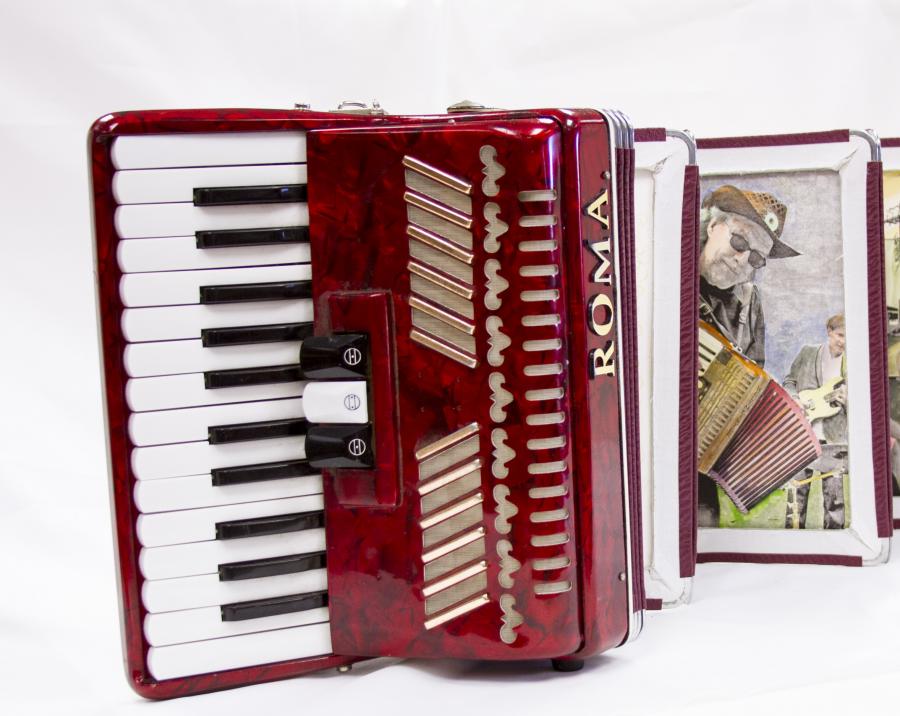