Inspired by the US Olympic hockey team’s gold medal victory over Russia in the 1980 Winter Olympics, a group of hockey players formed a club-team at the University of North Texas in the 1981-82 school year The Club was accepted into the Southwestern Collegiate Hockey Conference in June, 1981 and won the conference championship in their first and only year. Other conference members included: the University of Texas at Austin, Louisiana State University, Tulane University, and Southern Methodist University. The hockey club was scheduled to play ten home and ten away games. To qualify as a team member a player had to be between 17 and 27 years old, a student enrolled in at least six hours of college classes. The team practiced at the Richardson Ice Palace, one of only three ice rinks in the Dallas/Fort Worth area that were large enough for a hockey game. The team played its home games at the Will Rogers Coliseum in Fort Worth.

Dr. William Powers, a professor in the Speech and Drama Department at UNT, lead the club as their faculty sponsor and coach. Dr. Powers was an avid hockey fan. Prior to coaching the North Texas club he had served as an advisor (sports psychology consultant) to the Fort Worth Texans of the Central Hockey League.

Artifacts on display were donated by Dr. Powers to the University Archive in 2013, and include a scrapbook of hockey club memorabilia and a poster advertising the 1981-1982 Southwestern Collegiate Hockey Conference.

Men were not the only ones interested in the sport. Fifty-nine of the one hundred and eighty-six members of the Hockey Booster Club were women. Bob Ward was the manager of the Booster Club.

Despite the enthusiasm of the players and the coach, the Hockey Club ceased after one year. The lack of a local ice rink and the cost of ice time were major factors in the short life of this club. 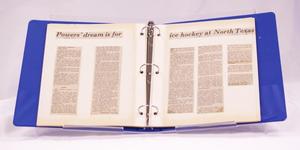 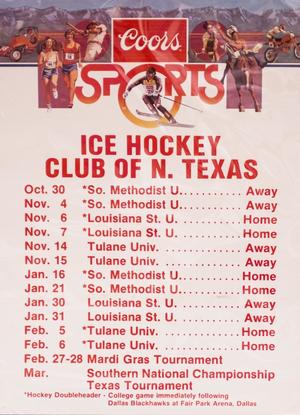 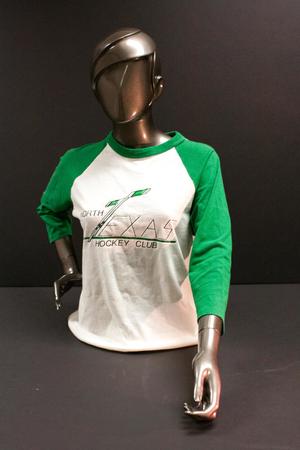 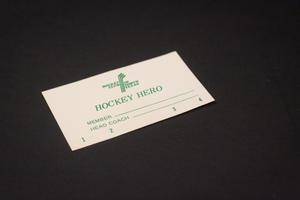 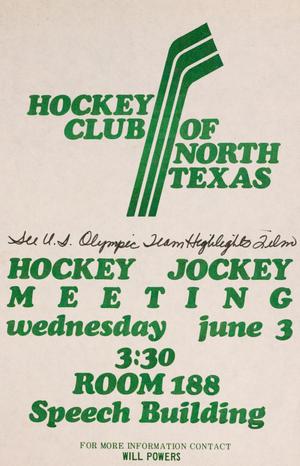 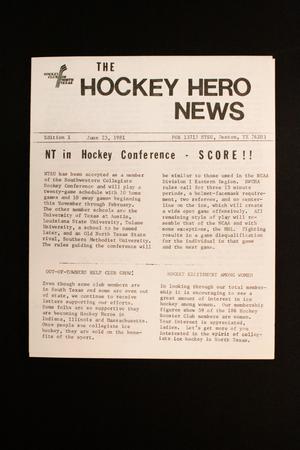