The sixties brought the seventh name to the school, North Texas State University. The school was moving into the national and international arenas in several areas. The One O’clock Lab Band won the national collegiate jazz trophy and visited the White House during Lyndon B. Johnson’s presidency. Sherwood Douglas received a Fulbright Scholarship to France. And Dr. James R. Lott of the Biology Department presented a paper on radiation and the body’s nervous system in Vienna Austria. Dr. Arthur Sampley, of the English Department, served as Texas’ poet laureate. Among the football players that went on to professional careers were Joe Greene, Carl “Spinder” Lockhart, Steve Ramsey, Ron Shanklin, and Cedric Hardeman.

A time of national strife, students at North Texas debated U. S. involvement in Vietnam during Moratorium Day, watched as the university’s ROTC armory was burned down, and mourned the deaths of President Kennedy and Martin Luther King.

The first Union Building was torn down and replaced by a three story, brick veneer structure. Other buildings that opened during this decade were the Business Administration Building (now known as Sage Hall), Matthews Hall, the Language Building, and the Speech and Drama Building (now the RTVF and Performing Arts Building).

President Matthews retired in 1968. The presidency was filled by John J. Kamerick, who served in that office for two years. The Faculty Senate started in 1969.

President John F. Kennedy was assassinated on November 22, 1963. The special edition of the Campus Chat, printed the day of the assassination, captures the grief and confusion on campus that day.

University classes were dismissed on Monday, November 25, 1963 so that students could observe the day of mourning and watch the President’s funeral on TV. 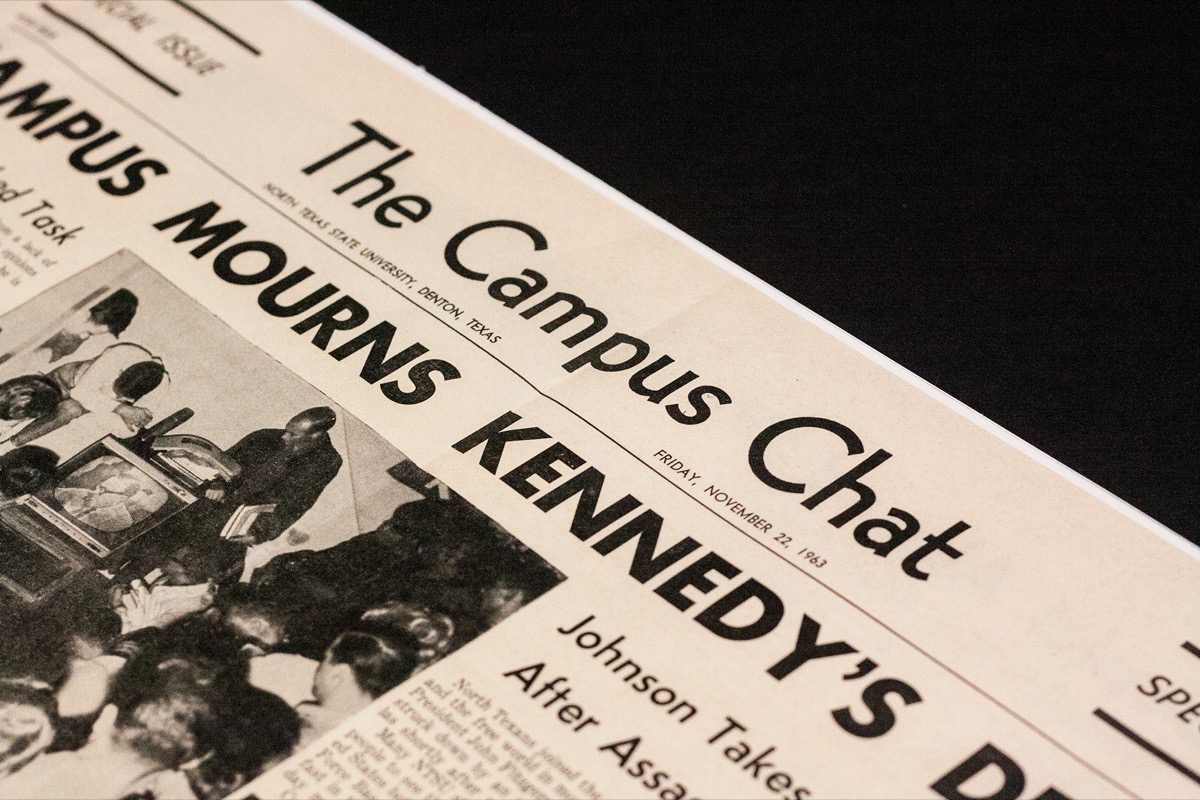 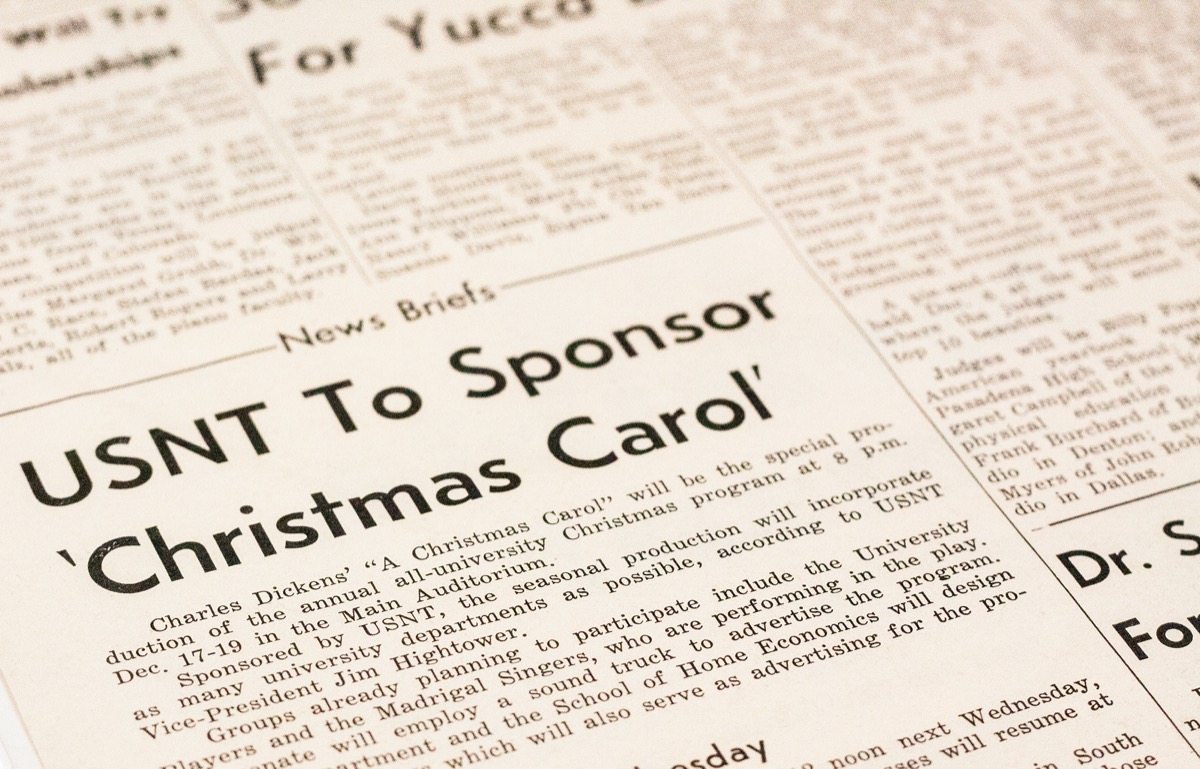 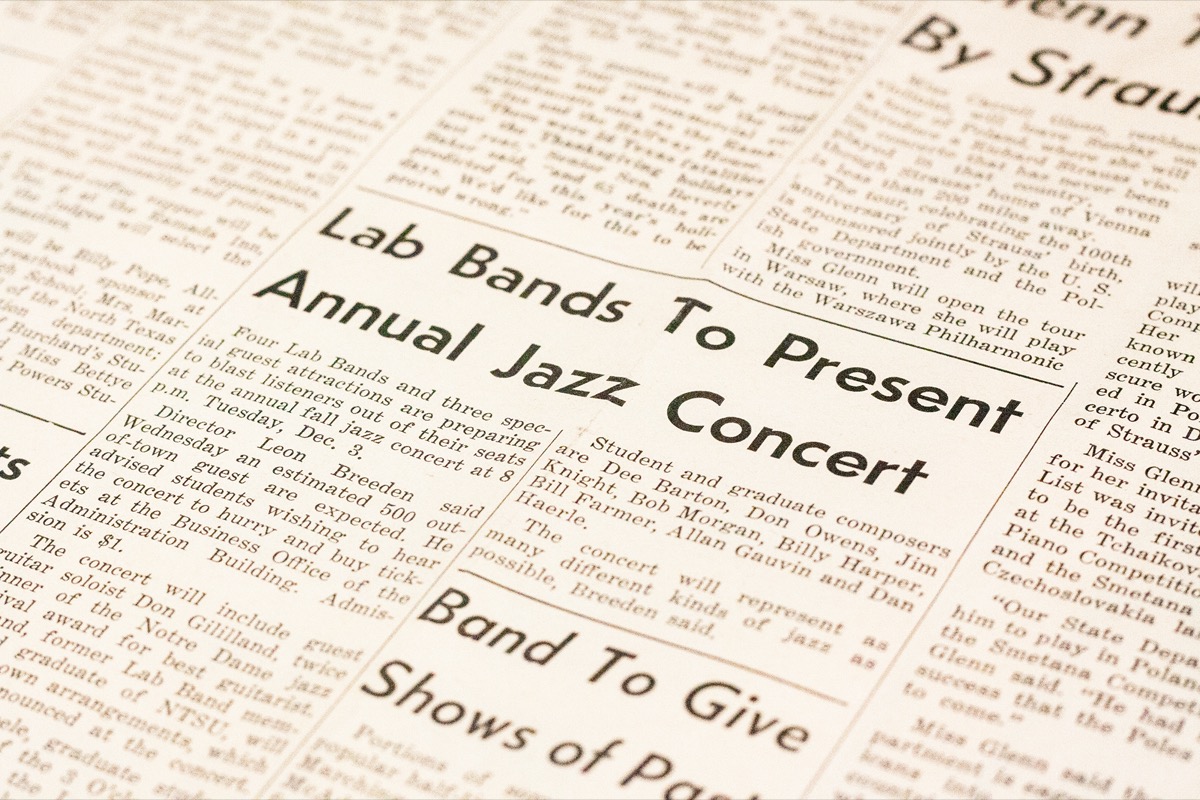 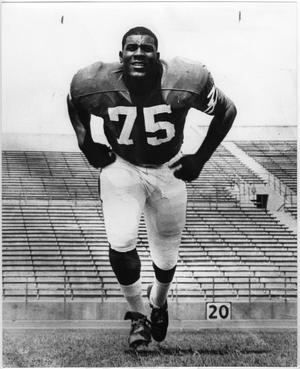 The program for Homecoming 1962. The program provided a detailed list of the activities on campus to celebrate homecoming, including: bonfire, the parade, and open houses. 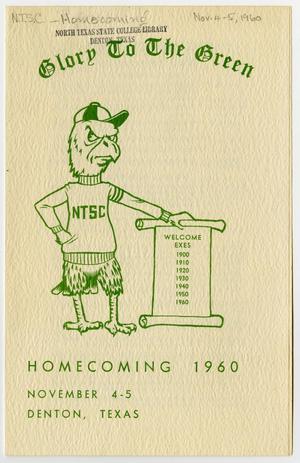 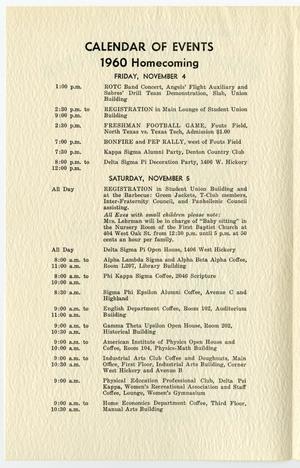 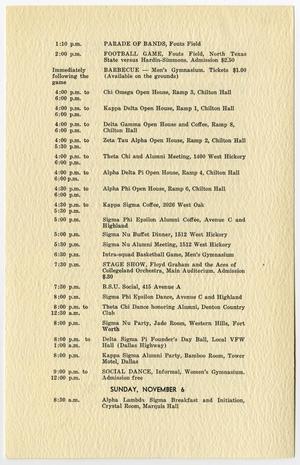 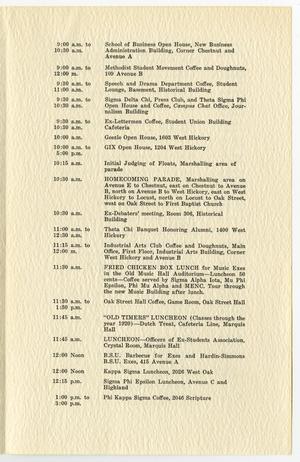 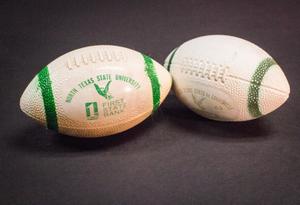 A class ring issued during the period when the school’s name was North Texas State College, 1949 – 1961. 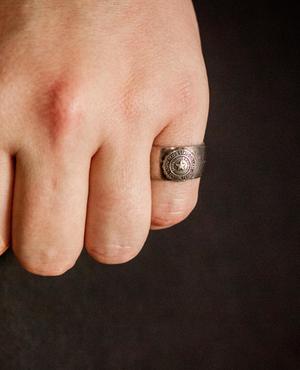