A coin designed for the inaugural game at UNT’s Apogee Stadium is pictured. 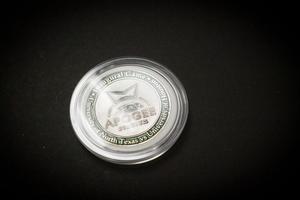 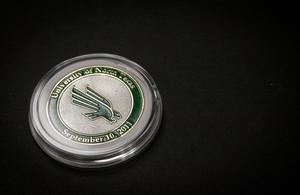 A pendant awarded to North Texas for winning the Sunbelt Football Championship is pictured. 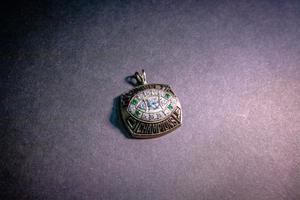 The capsule was opened in April 2015 during the celebration of University Day. The capsule was composed of a copper box encased in steel reinforced concrete. Among the items contained in the capsule were books, a VHS tape of President Hurley, memorabilia from campus blood drives, and a color print of the 1988 Drumline. 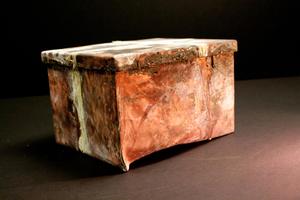