The Lost Generation: World War I Poetry: Responses From Home

Poets not able to enlist as soldiers—for reasons of age, disability, or gender—nonetheless engaged with the Great War from their position at home, whether in America or Britain. In work by established poets like Rudyard Kipling and Britain’s poet laureate Robert Seymore Bridges, distance from the front instilled their verse with a distinctive perspective—often meditative and reflective, sometimes satirical, seldom jingoistic. Some volumes, like Eden Phillpotts’s, contrast the idyllic countryside of rural Britain or German pine forests with abstract imagery of war, that “night spun web” that “entraps a nation’s life” (p. 25). Many of the volumes feature poems critical of war in general and World War I in particular: Carl Sandberg’s “Killers,” for example, shifts the perspective from the individual soldier to the soldier in aggregate, a killing machine of “sixteen million men” “fixed in the drag of the world’s heartbreak / Eating and drinking, toiling . . . on the long job of killing.” (p. 85-6). Other poems speak to the woes of all the other people affected by the war, taking on the voice of “The Wife of Flanders” in Chesterton’s Poems or the “Hindoo Sepoy in France” in Kipling’s “Epitaphs of War.”

Find The Winnowing-Fan in the UNT Library Catalog. 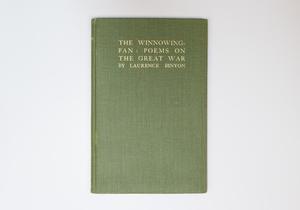 Find October and Other Poems in the UNT Library Catalog. 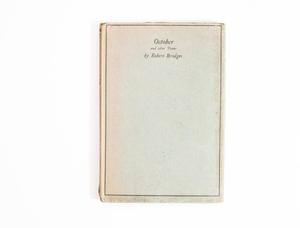 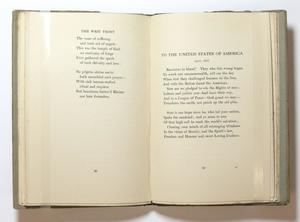 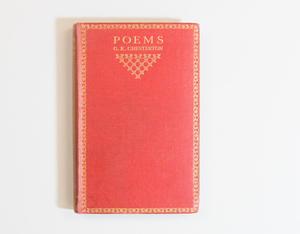 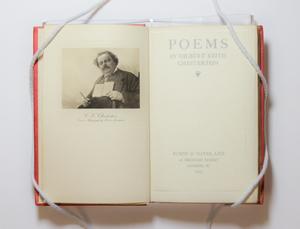 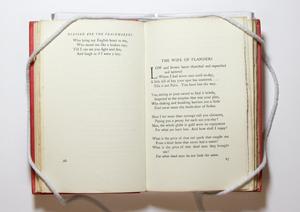 Find Song of the Soldiers in the UNT Library Catalog. 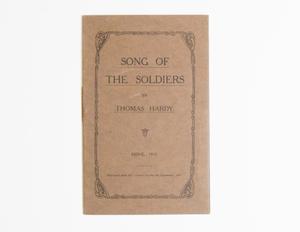 Find The Years Between in the UNT Library Catalog. 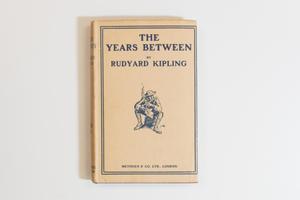 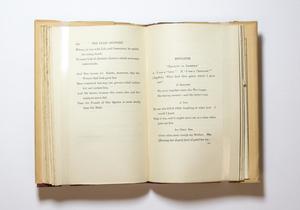 Eden Phillpotts (1862-1960) was born in British India and is best known for his celebration of the landscape of Dartmoor in southern England. His collection of poems, Plain Song, moves from horror to acceptance, but always with a sense of detachment of the poet at home. The opening poem takes its title from the date Britain declared war on Germany, “August 4, 1914.” Thwarting the reader’s expectations, the poem begins with a peaceful woodland scene at dusk, where the speaker watches the moon rise over a clearing filled with emerald-like glow-worms and the purr of a swooping churn-owl, who “throbbed and throbbed, then took his flight…in rapture and delight” (p. 2). The poem ends by shattering this scene “by Nature sanctified” when the speaker suddenly recalls the “hell / This day hath seen ascend” (p. 3). The poem thus plays on the poet’s physical distance from the war to produce its emotional affect. 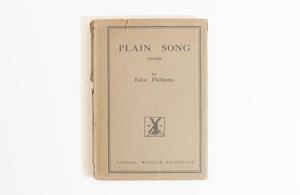 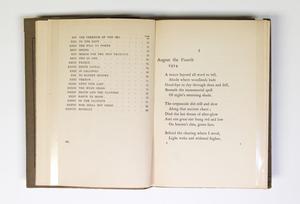 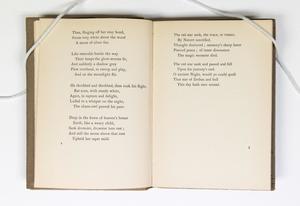 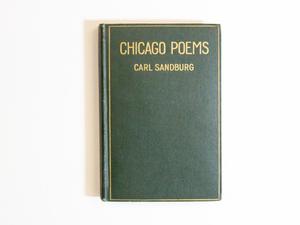 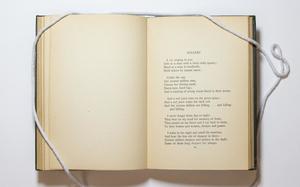 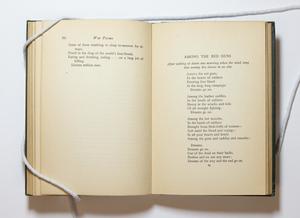 Find The Red Flower in the UNT Library Catalog. 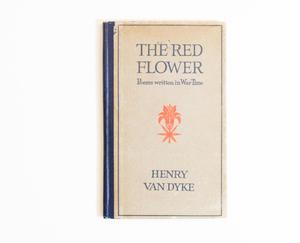