Tour of a Lifetime: Reception

The American team was generally well received during their travels. The majority of nations and cities hosting the team held dinners or receptions, offered tours of major historic sites, and traded gifts with the team. One of the more extravagant gifts offered to the team was the large silver bowl given to Kap by the Burmese Health Secretary, shown in this photo. 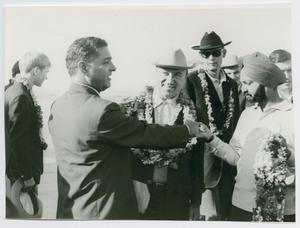 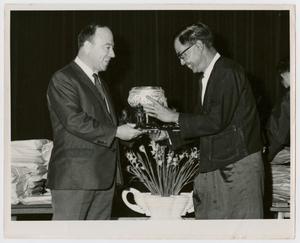 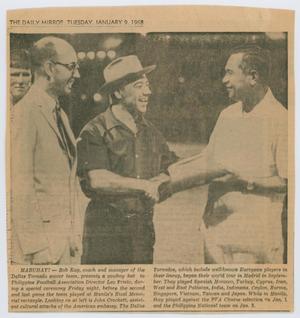 The most negative reception of the team occurred in Singapore. Upon arrival into the stadium, they were greeted with catcalls and jeers referring to them as “American Imperialists.” During the match, the Singapore team made some aggressive plays causing members of the Dallas Tornado to react in kind. By the second half of the game, a fight broke out on the field, which caused the spectators to begin throwing stones and bottles at the players before they rushed the field. Both teams abandoned the field and Kap decided to cancel the second game. 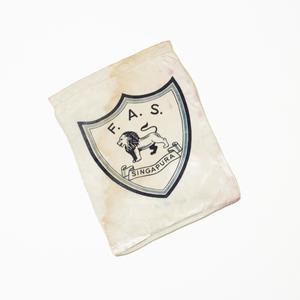 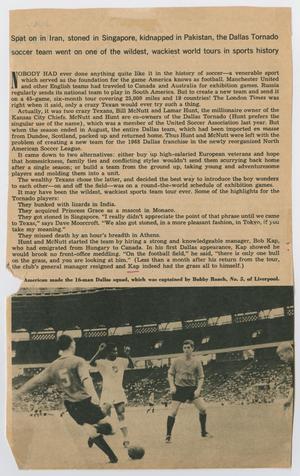