Women in the Archives: Barbara Rosenberg

Judge Barbara Rosenberg (1950- ) as a young lawyer moved to Dallas in the mid-1970’s, where she began participating in politics and working with the Texas State Democratic Convention. She had been an advocate for women’s and LGBTQ rights, and continued to help those causes by teaching groups, like the Dallas Gay Political Caucus, the rules of participating in politics. She was appointed to her first position as an Associate Municipal Judge in 1977.

In 1992, Rosenberg went up for re-election again Judge Jack Hampton, who had been censured after a 1988 ruling where he gave a light sentence for the murder of two gay men, claiming that the murder of gay men was comparable to the murder of prostitutes, and neither should be taken seriously. Rosenberg defeated Hampton in the election with the help of women and the LGBTQ community, and continued to serve as a judge in Dallas until 2003. 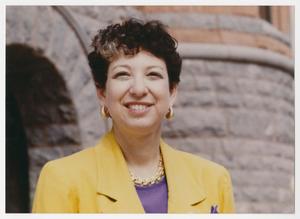 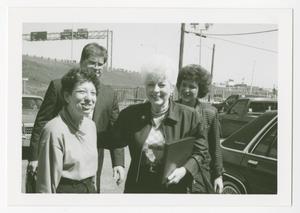 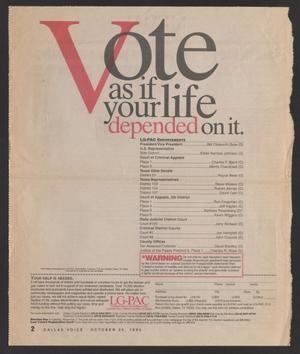 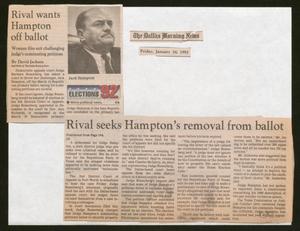 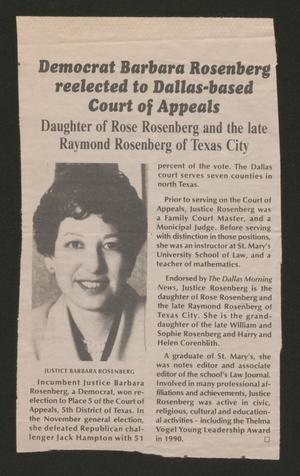 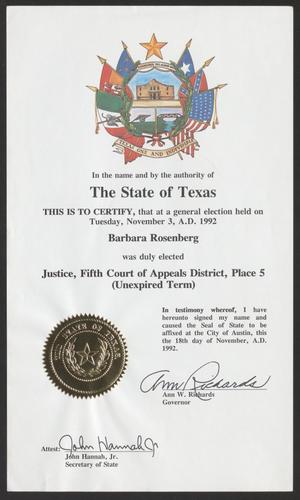