Women in the Archives: Dr. Louise Young and Vivienne Armstrong

Dr. Louise Young (1947- ) and Vivienne Armstrong (1948- ) were LGBTQ activists in Colorado when Young’s teaching contract was terminated because of her sexual orientation. They moved to Dallas shortly thereafter and quickly joined many Dallas LGBTQ organizations. Both women were members of the Dallas Gay Political Caucus, which focused on gaining equality for the LGBTQ community by having their voices heard through voting. Young and Armstrong were also members of the Dallas Gay and Lesbian Alliance and the Lesbian Gay Political Coalition of Dallas, where they both worked to create a stronger LGBTQ community in Dallas, advocated for equal rights and treatment in the workplace, and fundraising and campaigning for political leaders that would support the causes of the LGBTQ community.

Young began working for Texas Instruments, upon arrival in Dallas, and helped to develop and implement a non-discrimination policy that covered sexual orientation. She continued this work, helping other companies create similar policies and eventually became the first female co-chair of the Human Rights Campaign’s Business Council, and was a member of the Out & Equal National Advisory Board.

Armstrong’s work as a nurse influenced her activist and social work in the LGBTQ community, especially in the 1980s with the beginning of the AIDS crisis. She was appointed by Mayor Annette Strauss to serve on the City of Dallas Health and Human Services Commission from 1986-90, and worked on studies and planning committees to determine the needs of the HIV/AIDS community and service providers in Dallas.

These two women continue to support LGBTQ organizations in Dallas, and work towards continued acceptance and equal rights for the community. 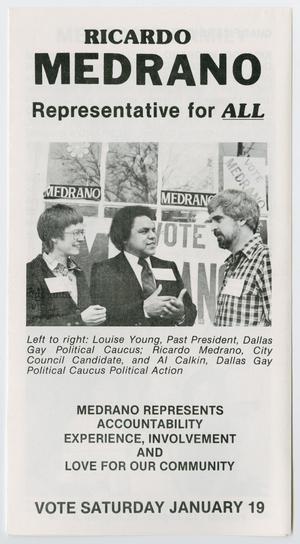 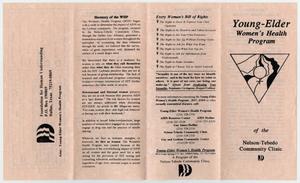 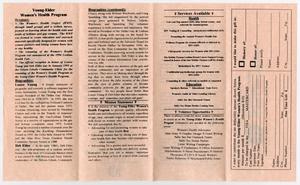 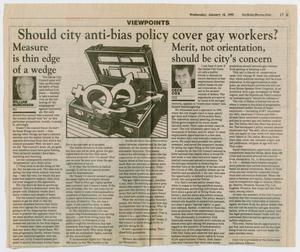