Black Panther was the first black comic book superhero. He was created by writer Stan Lee and artist Jack Kirby, with his first appearance in the Marvel universe being in Fantastic Four #52, in 1966. After having guest appearances in various Marvel comics, Black Panther starred in his first solo comic, Jungle Action #5 in 1973.

In Jungle Action #19-24, Black Panther took on the Ku Klux Klan, but the story arc was not completed until 1980. Though comic books are typically thought of as simple amusements for children, it is often the case that they take on real world issues and heavy themes.

Find Fantastic Four comics and Jungle Action #5 and #21 in the catalog. 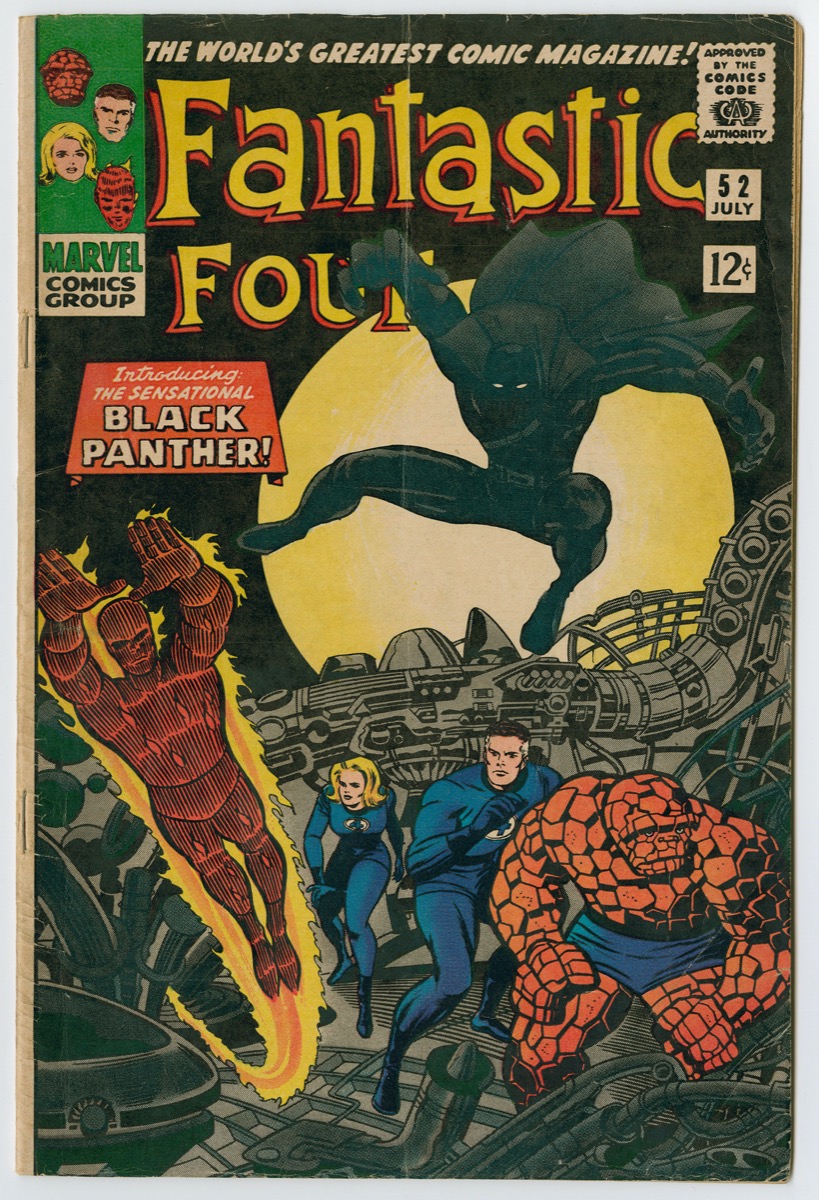 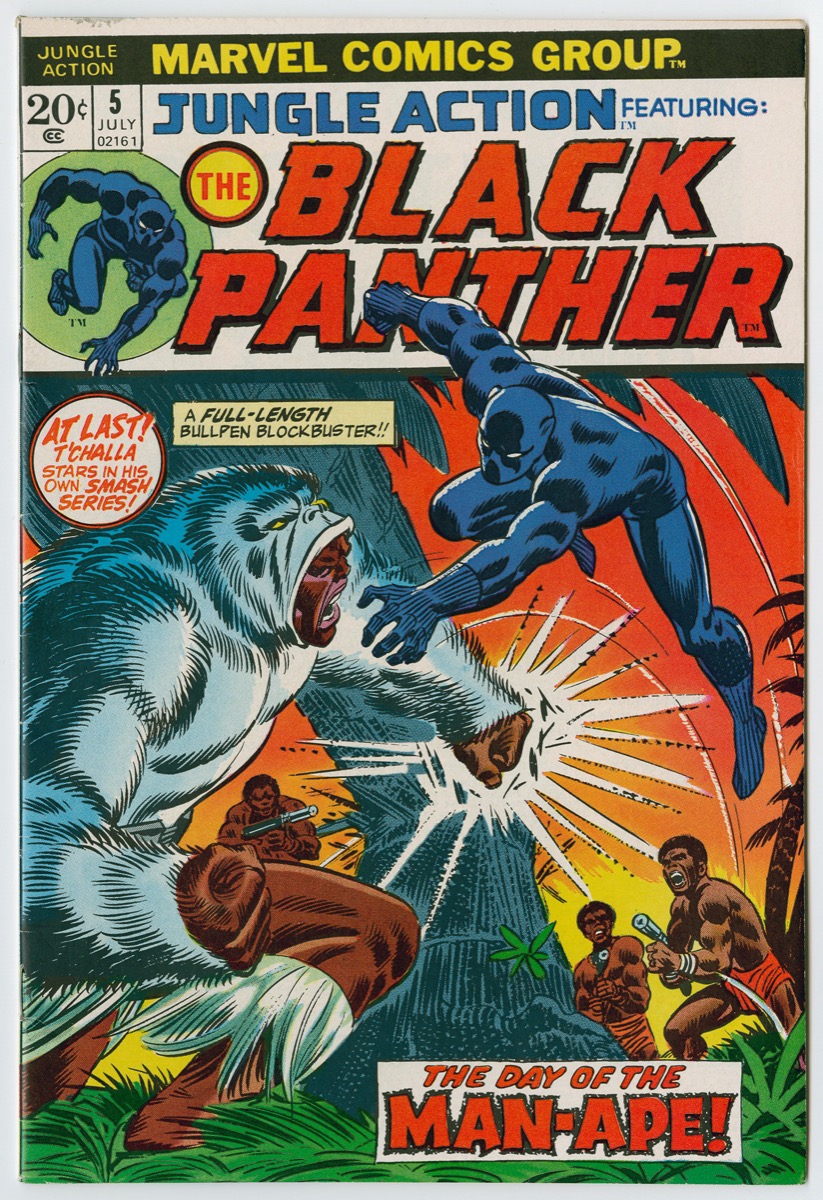 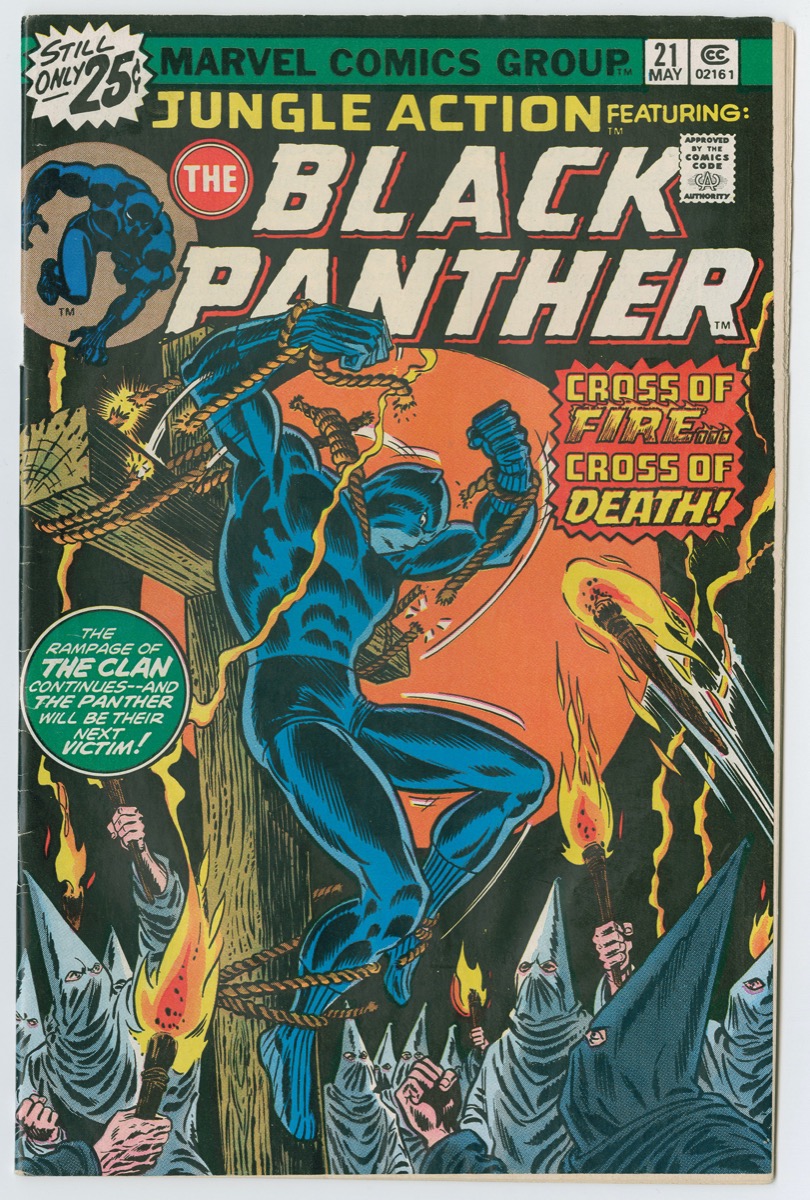