The earliest puzzles were created by map-makers, and were generally used as tools for children to learn geography. This tradition is still popular today, though puzzles in general have become more of a recreational activity than a learning tool.

This set of seven puzzle maps was produced by French mapmaker A.R. Fremin around 1850. This map of North America shows the region with Texas as an independent state, and Alaska labeled as Russian America. This is how the country was divided for a short time between 1838-42. These puzzles are in French and show North America, Africa, Europe, France, South America, Asia, and a world map. The pieces are not cut in shapes like modern puzzles, but along the lines of prominent boarders, rivers, and natural lines on the map. 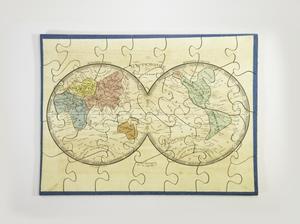 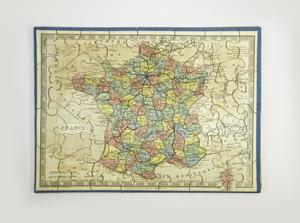 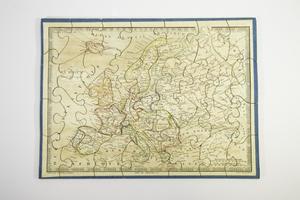 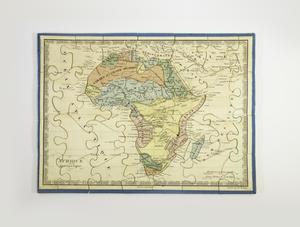 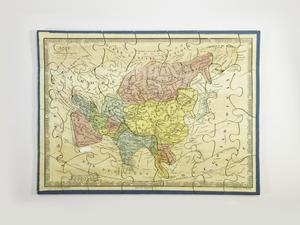 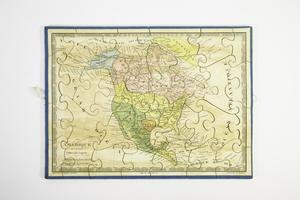 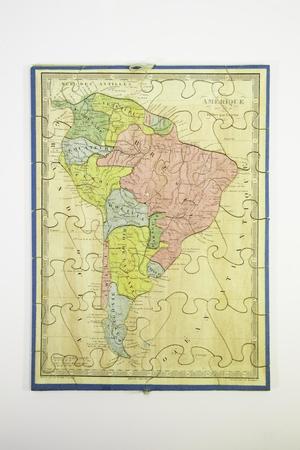