Fun and Games: Board Games

Every Man to His Station

The game Every Man to His Station was originally published in 1825, with all hand-colored engravings. Each space on the board shows a different location or occupation common to early 17th century England. The game would be played with a teetotum (spinning dice) and markers, and was meant to instill and reinforce moral behavior in its players. The original center rectangle of the board would have an image of a group of young boys playing the game, but in this version, an image of a church has been pasted in its place.

Find Every Man to His Station in the catalog. 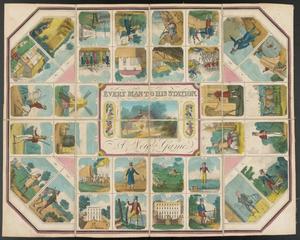 Bowles’s Geographical Game of the World

Bowles’s Geographical Game of the World was meant to be played with multiple players, spinning a teetotum (spinning dice) to move their marker around the map. The game was meant to teach players basic facts about different parts of the world. Originally created in the late 1700s, the game shares a clearly Western Christian view of the world, with punishments like having to move backwards if you land on Mecca and choose to follow the Muslim religion.

Find Bowles’s Geographical Game of the World in the catalog. 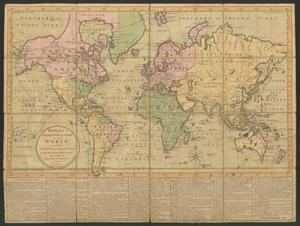 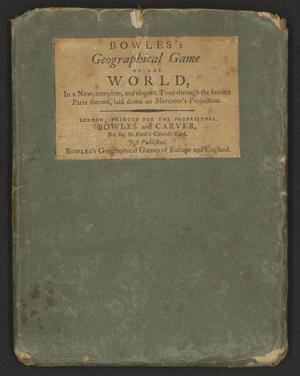 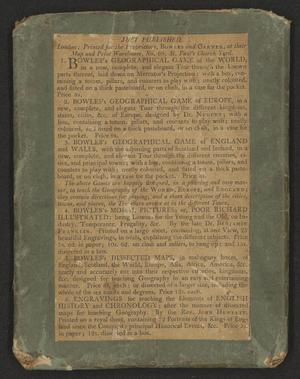