A Tour Through Their History: Ernest Nister

Besides Raphael Tuck, another German responsible for producing colorful movables was Ernest Nister. Nister’s firm was centered in Nuremburg, a center for toy making in the late nineteenth century. Between 1891 and 1900, Nister’s company produced many children’s books of superior quality in both illustration and printing. Out of these, Nister productions included a number of innovative movables. In addition to being marketed in Germany, the books were also produced especially for an English audience from Nister’s London headquarters, and also for an American audience through the publisher Dutton.

One of Nister’s contributions to the history of movable books was dissolving picture books. Dean had produced similar books based on the venetian blind principle. “The illustrations in these books had either a square or an oblong picture divided into four or five equal sections by corresponding horizontal or vertical slits. When a tab at the side or bottom of the illustration was pulled, the picture ‘transformed’ into another picture” (Montanaro xv-xvi). Nister refined this technique. The company produced dissolving pictures with vertical and horizontal slits, but also devised a mechanism that would reveal pictures in a circular form, creating a kaleidoscope effect shown in Magic Windows.

Here are May and her pug in the snow together;

And now you shall see her in sunshiny weather. 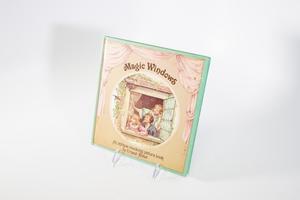 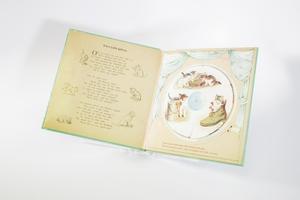 Nister also perfected the technique of displaying multi-layered, three-dimensional scenes. This kind of movable had been used before by Dean and then Tuck. However, the earlier examples had to be lifted up or pulled down manually in order to “pop out.” Nister’s productions did not require such labor. Each scene was attached by a tab to the facing page. Thus, when a page was turned to one of the scenes, the multiple layers automatically opened out. Nister released these books as Panorama Picture Books. Wild Animal Stories, shown here, is a popular example of one of the panorama books that was marketed in America. Its author is George Manville Fenn, known for writing several boys books during the period. 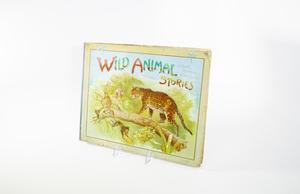 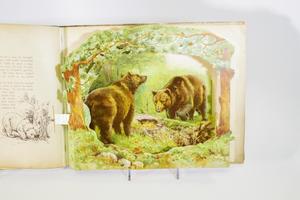 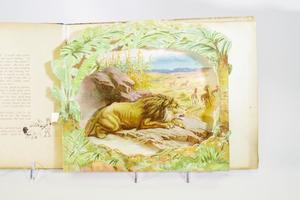 “If you will not bathe, I know

To the doctor you must go!”

“Here are the monkeys at the Zoo; 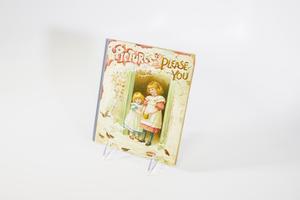 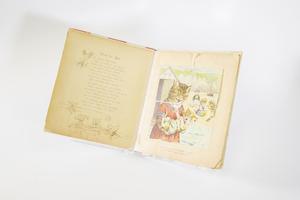