A Tour Through Their History: McLoughlin Brothers

In the 1880s, McLoughlin Brothers became the first large producer of movables in the United States. The company took ideas from Dean and offered similar products to American audiences. In fact, McLoughlin went so far as to pirate Dean’s Home Pantomime Toy Books.

McLoughlin’s most well known movables are those from the Little Showman’s Series, which first appeared in the 1880s. These books are constructed of two boards hinged at the top. Each is designed to be opened at a right angle, and each displays a multi-layered scene comprising figures in a cage. 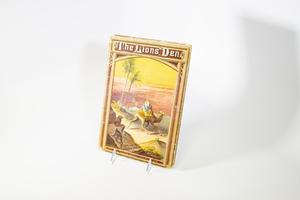 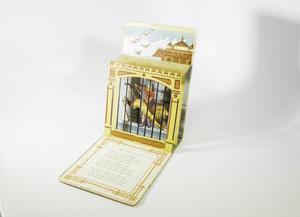