Tom Joyner (1949 - ) began his radio career at a young age, working at various radio stations while attending high school and college. In 1985, Joyner was offered two positions in Dallas and Chicago, and instead of choosing one, he decided to take both jobs. He flew between the two cities daily for eight years. Joyner gained popularity across the nation, and was offered a nationally syndicated show, The Tom Joyner Morning Show, in 1994. This show ran until his retirement in 2019. Joyner is known for establishing the Tom Joyner Foundation to support Historically Black Colleges and Universities and their students. Additionally, Joyner has promoted voter registration, family health and wellness, and Alzheimer’s research.

Iola Vivian Johnson (1950 - ) was the first Black news anchor for a Dallas television station. Johnson grew up in Arizona, and attended the University of Arizona where she studied political science and journalism. She was the first Black woman to write for the ten o’clock news at the Tucson NBC affiliate station, and was offered a position at WFAA-TV in Dallas in 1973. She worked her way up to become a news anchor, during her twelve years at WFAA-TV, and became the “Most Popular Woman in Dallas,” according to Dallas Magazine. Johnson left television for a short time to start a business, but returned to the news as a radio station anchor, in 1990 at WFAA-TV. She later became host of Positively Texas, a weekly community affairs show. She has earned numerous awards for her excellence in journalism throughout the years, and is a well known personality in the Dallas community. Johnnye T. Hughes (1934 - 2016) had a successful professional life, taking on various jobs over time, as well as taking on civic duties to better her community. She is best known for her career as a news broadcaster, being the first full-time Black woman in the newsroom at KKDA 730 AM. With her career in broadcasting, she took interest in media advocacy, working with Free Flow of Information (FFI), founding 2 local organizations (Black in Mass Media and Advancing Association of Artists and Writers), and working for change in the Federal Communications Commission (FCC) in Washington, DC. She was part of the first group of minorities from 35 cities to meet with the FCC, and she helped get a Black FCC Commissioner appointed. By participating in the Newhouse, Gannett and Times Mirror license renewal hearings at the FCC, Hughes helped to establish minority programming, hiring, and scholarships by the big three media corporations. Outside of her media career, Hughes served her community, working with children at the West Dallas Community Centers, co-owning and operating a store in South Dallas, and serving in groups like the NAACP. She received numerous awards for her career and service. 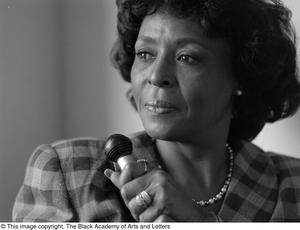 E. Joe Bagby (1938 - 2009) or Brother Joe as he was affectionately known, was a radio host for 52 years, sharing gospel and inspiration with the city of Dallas. He hosted the Joe Bagby Moring Show on KHVN Heaven 97. Bagby was born and raised in Dallas, and earned his bachelor’s degree from North Texas State University (now University of North Texas). He first got involved in gospel radio when he was 17, working with C.C. Lock, Dean McClain, and Reverend S.M. Wright. Bagby used his show to help better the community, but he also spent time working directly with the Dallas community by being involved with Big Brothers and Big Sisters of America and teaching at Lincoln High School. He was the first Black Director of Finance for Parkland Hospital, and was elected Constable of Dallas County Precinct 8 for three consecutive terms. 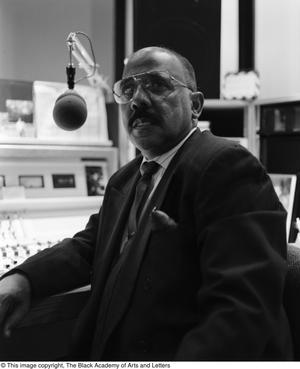 Jerome “Jerry” Thomas (1927 - 2013) was a Fort Worth native who dedicated himself to his career in broadcasting and to serving his community. Thomas earned a bachelor’s degree in Drama and Social Psychology from Dillard University in New Orleans, before beginning his career in radio broadcasting in 1954. Thomas began as host of a blues and jazz program, before moving into a role as news reporter and community affairs director at KNOK/970 AM 107.5 FM radio. From 1970 through 1988, Thomas hosted the local television program What About People, which highlighted people and events in the Black community. Thomas co-founded LaVida Newspaper, a publisher of Fort Worth Black community news, as well as the Sojourner Truth Theater Guild. Thomas served in many broadcasting organizations as well as with the NAACP, United Negro College Fund, and the Catholic Church, even serving as the first Black President of the Fort Worth Diocese Catholic School Board. Thomas has been honored for his broadcasting career and his community work by many organizations including being inducted into the Texas Radio Hall of Fame in 2008. 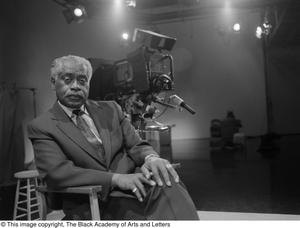 Linwood “Cousin Linnie” Henderson (1937 - 2001) began his long career in radio as a part-time janitor and gofer at the age of 13, in Kansas City, MO. After conquering a stutter, Henderson began taking on MC gigs for live performances, and began to disc jockey for various stations. In 1960, Henderson took to the airwaves in Dallas, as the DJ on Lucky 73.0, and shortly after moved to KLIF where he took music requests from the listening audience. In the 1980s KLIF switched formats to play country and western music, so Henderson moved to KKDA and eventually KNON-FM where he would remain on the air for 11 years. Henderson used his call-in radio format to help the community, describing his listeners as a network of everyday people helping to resolve issues in the community. In addition to his radio career, Henderson continued to travel and MC live performances, as well as operated a night club in Addison. 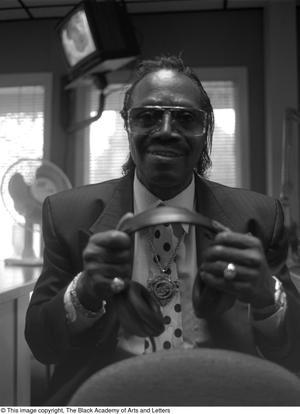 Joseph Bell (1929 - unknown), a native of Birmingham, AL, earned his bachelor’s and master’s degrees from Tuskegee Institute, and took on roles as teacher and principal in school districts in Alabama, Georgia, and Dallas. Bell ended his career in education by taking a position at KDFW-TV, the local CBS affiliate. His first position was Director of Minority Affairs and Programming, which allowed him to write public affairs programs that spoke the to cultural diversity in DFW, and advised the station on minority personnel matters. In 1984, Bell was promoted to Program Director, putting him in charge of all station programs outside of the news. One of his most notable developments was “Insight,” the longest running public affairs program in the Southwest, which won numerous awards. Bell retired from the station in 1993. 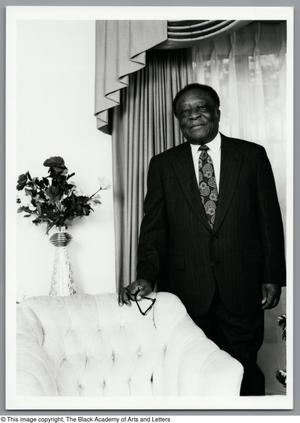