Reverend Dr. Caesar Arthur Walter Clark (1914 - 2008) began preaching in 1929, became ordained four years later, and led his first church, Israelite Baptist in Louisiana, at the age of 19. In 1950, Rev. Clark began his service at the Good Street Baptist Church in Dallas, which he brought to nationwide prominence making it a destination for Civil Rights leaders. During his time in Dallas, Rev. Clark served on many community boards and worked to further the Civil Rights movement in Dallas. He also worked hard to establish community centers, childcare operations, a credit union, and much more to support his parishioners at the Good Street Baptist Church.

More information on Rev. Dr. Clark can be found on the Texas State Historical Association Handbook of Texas.

Reverend J.D. Mooring (1916 - 1998) joined the church after attending Huston-Tillotson College, Prairie View A&M University, and Methodist Pastor School in Mississippi. In 1983, he received an honorary Doctorate of Divinity from Huston-Tillotson College. Rev. Mooring served at churches across Texas including in Dallas, Fort Worth, Waxahachie, San Antonio, and Ennis. Rev. Mooring also served as the District Superintendent of the North Texas Conference of the United Methodist Church from 1979 until his retirement in 1985. During his time in Dallas, Rev. Mooring was pastor at Warren United Methodist, which served as an early meeting place for organizations supporting the Civil Rights Movement, such as the Black Panthers and Christian Southern Leadership Conference. 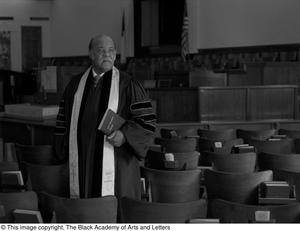 Reverend Dr. J. Lee Foster (1928 - 2003) attended Bishop College, Perkins School of Theology at Southern Methodist University, and Dallas Theological Seminary. In 1954, Rev. Foster founded First Baptist Church of Hamilton Park in the heart of this primarily Black community. By 1986, the congregation had grown so large that the church had to relocate, and became the first Black church in downtown Richardson. Rev. Foster was dedicated to serving his congregation and community offering them education, counseling, and financial resources. In his role as President of the Church Fellowship of North Dallas, Rev. Foster assisted in establishing a number of other churches throughout Texas. 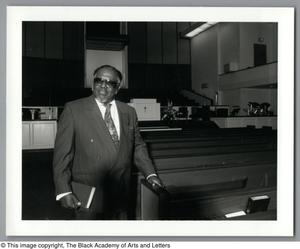 Dr. Sylvester Marilyn (S.M.) Wright (1927 - 1994) began his career as a minister in 1957 at the People’s Missionary Baptist Church in South Dallas. He served at the same church for 37 years until his death in 1994. Dr. Wright’s services were broadcast on the KHVN-AM radio station for nearly 35 of those years, so his words reached far beyond his in-person congregation, making him a leading religious figure in Dallas. Wright used his position to help guide the Black community of Dallas through the Civil Rights Movement, encouraged non-violence, and worked to bridge the racial divide. Dr. Wright was an active member of the South Dallas NAACP, and played a major role in the Dallas Independent School District desegregation. Dr. Wright became a major figure in Texas politics, and was often sought out for his council and endorsement from members of both political parties. Dr. Wright’s passion and care for his community made him a beloved figure in Dallas, and he was awarded numerous honors.

More information about Dr. S.M. Wright can be found on the Texas State Historical Association Handbook to Texas History. 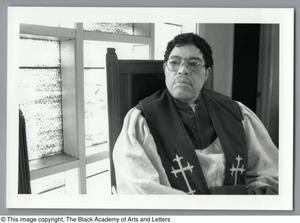 Dr. Marshall E. Hodge (1929 - 2008) was tied to the church at a young age. He earned his master’s degree in Theology from Gammon Theological Seminary in 1957 and went on earn a Doctorate of Divinity from Hutson-Tillotson College in 1982. Dr. Hodge grew up in a time of segregation, but only became involved in the Civil Rights Movement after hearing Dr. Martin Luther King Jr. speak at several meetings at the Gammon Theological Seminary. He quickly realized he could use his platform as a spiritual leader to protest injustices and inequalities for the Black community. Dr. Hodge was a national board member for the Southern Christian Leadership Conference, and organized the first chapter in Fort Worth. Dr. Hodge was also president of the Oak Cliff chapter of the NAACP, and served on the board of directors for the Dallas Legal Services. During his time in Dallas, working for the Civil Rights Movement, he also supported his community as the pastor at the Lambuth United Methodist Church and then the New Aldersgate United Methodist Church. 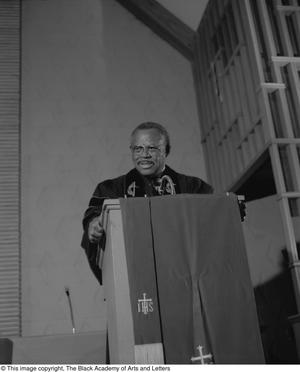 Reverend C.B.T. Smith (1917 - 2009) was dedicated to his South Dallas community called The Bottom. Rev. Smith served in World War II, before entering college, and attending Southwestern Baptist Theological Seminary. Rev. Smith served as pastor at four other Texas churches before finding his home at Golden Gate Missionary Baptist Church in 1952. He served at Golden Gate for 45 years until his retirement in 1997. Rev. Smith was active in the community, even after his retirement, acting as a member of the Townview Magnet School Committee, Advisory Board of the Southwest Police Committee, and the NAACP. He was a major actor in the state and national church community, acting as Vice President of the North Texas District Association, Chairman of National Baptist Convention of America, Inc., and co-founder of North Texas District Encampment, Bristol, TX. Rev. Smith was honored for his work within his community, by having Sabine Street, the street where Golden Gate Church stands, renamed for him after his death in 2009. 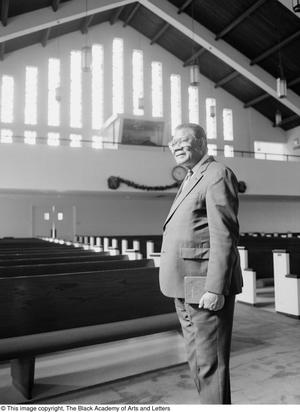 Reverend Arthur Vance Voice (1909 - 2008) was called to the ministry at a young age. He was licensed and ordained and pastored at churches across Texas. He was called to pastor at the Galilee Baptist Church in Shreveport, Louisiana where he helped get their finances in order. While in Louisiana, Rev. Voice served as a moderator of the Perfect Union Association, the First Vice President of the Baptist Ministers Union, and was appointed Juvenile Counselor and Parole Advisor for African American children of the Juvenile Court for Caddo Parish. In 1949, Rev. Voice accepted the call to the New Zion Baptist Church (now Greater New Zion Baptist Church) in Dallas, where he served as pastor for over 40 years. Rev. Voice was heavily involved in his community, serving on the Board of Directors of the South Dallas YWCA, as Chairman of the Finance of the City-Wide Revival, and as Finance Secretary on the North Texas Regional Convention of Texas. 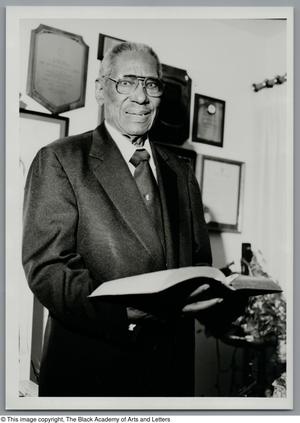