Judge George Allen Sr. (1908 - 1991) was an active businessman and community leader in Dallas, establishing businesses and acting on city councils. In the 1960s, Allen served on the Committee of 14, to begin the process of desegregating Dallas schools and public spaces. He was the first Black member of a Dallas City board, when he was appointed to the City Plan Commission in 1963. And in 1969, Allen became the first Black Dallas City Councilmember, and eventually the first Black Mayor Pro-tem. In these positions, he focused on the issues of civil rights and housing discrimination. Allen resigned from his position on Dallas City Council in 1975 to take on the role of Justice of the Peace until his death in 1991.

More information on Judge George Allen Sr. can be found on the Texas State Historical Association Handbook of Texas.

Albert “Al” Lipscomb (1925 - 2011) was a pioneer in Dallas politics and a Civil Rights activist. Lipscomb began his community and civic organizing with the Dallas Community Action Agency, the Student Nonviolent Coordinating Committee, and the Southern Christian Leadership Conference. Lipscomb ran as the first Black candidate for Mayor of Dallas in 1971, and finished third in the race. After running for various other offices, and acting as lead plaintiff in a lawsuit to challenge the City Council’s method of electing members, Lipscomb was elected to the Dallas City Council in 1984. He remained on the Dallas City Council through 2000, with a brief pause from 1993 to 1995. During his time as a Dallas City Councilmember, Lipscomb fought for civil rights in Dallas. Despite a negative ending to his political career, Lipscomb left behind a legacy in Dallas and is recognized for his leadership in civic engagement and making way for greater Black representation in Dallas.

More information on Al Lipscomb can be found on the “Anti-Apartheid Movement in North Texas” blog from SMU.

Mattie Nash (1922 - 2009) was known as the unofficial Mayor of West Dallas for all the work and passion she put into that community. Nash served on the board of the Dallas Housing Authority, where she fought for public housing in West Dallas, saving 2,600 housing units that were set to be demolished. She wanted to keep families where they were, and make the neighborhoods better. Nash also led a three-year battle to close the RSR Lead Smelter Plant, which was poisoning the community. She served on Dallas City Council from 1991 to 1993, where she continued to fight for her community. Nash was a member of many local political organizations, including the Dallas County Progressive Voters League, the Coalition of Black Democrats, and the National Political Congress of Black Women. She also served as the President of the Federated Women of the 23rd Senatorial District and Vice President of the Texas Federation of Democratic Women. 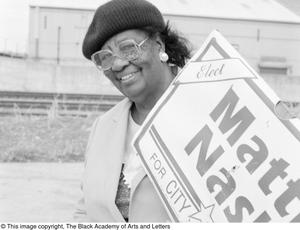 Lucy Phelps-Patterson (1931 - 2000) had a distinguished career serving the people of Dallas. Patterson’s career focused on child welfare, serving as Director of the Dallas County Department of Public Welfare, Dallas County Child Care Council, and the Community Council of Greater Dallas. She was the first Black woman elected to serve on the Dallas City Council in 1973, and won re-election for two additional terms, serving until 1980. Patterson served as the Vice President and President of Region 13 of the Texas Municipal League, and was appointed to the Dallas-Fort Worth Regional Airport Board. In 1979, President Jimmy Carter appointed Patterson to the White House Committee on Hospital Cost Containment. President Ronald Reagan appointed her to the National Afro-American History and Cultural Commission in 1985. She is widely remembered as a person who truly served the people.

The University of Texas at Arlington holds the Lucy Patterson Papers archival collection. 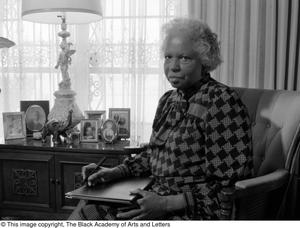 Fred L. Blair (1940 - 2011) was a businessman and local civic leader in Dallas. Blair owned and operated a real estate business for many years, and became interested in supporting the people of South Dallas by representing them in local politics. Blair became the third Black Dallas City Councilmember in 1980, and was only the second Black Mayor Pro Tem in Dallas. During his time on Dallas City Council, Blair encouraged economic development in South Dallas, as well as the creation of Dallas Area Rapid Transit. Blair was later elected to the Texas Legislature, serving from 1987-1993, with a focus on fighting for health care for minorities and protections for victims of crime. He also led the Black Legislative Caucus. After his time in office, Blair continued to participate in local politics, serving on task forces and advising local officials. Blair has been honored with numerous awards for his real estate acumen and his civic engagement throughout his life. 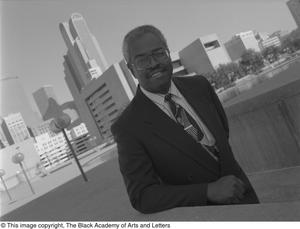 Sophronia E. (S.E.) Diggles (1919 - 2011) was dedicated to the Black Dallas community, and worked tirelessly in local politics and civic engagement. She spent over 30 years working in the realm of Dallas County politics, assisting with Black voter registration efforts, and political empowerment. She was a full-time volunteer for these efforts, and was even elected Democratic Party Precinct Chairperson for 3318, a position which she served for nearly 20 years, establishing the highest voter turnout in South Dallas for all elections. She used her connections to assist her community by raising funds for various organizations, running a car service for elderly and sick community members in need, and representing the Black community at local political meetings. She received over 70 awards and recognitions throughout her lifetime, including winning the Top Team Award four years in a row for raising funds for the Park South YMCA. 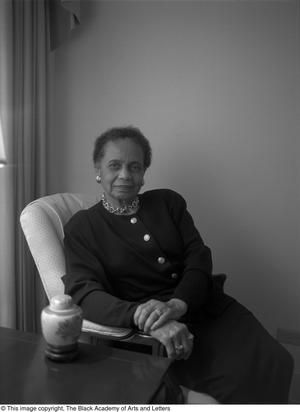 Willie Mae Butler (1913 - 2010) was a Dallas educator for over 40 years, but her real passions were in mobilizing and supporting the Black community. She was a member of numerous organizations, helping to support voting efforts and keep elected officials accountable to the Black community. She helped to organize influential senior citizens groups in Dallas, as well as secured funding for numerous youth programs. Butler always supported and cared for her community, working until her health began to fail her. She was honored by the Dallas community in various ways, including having the Willie Mae Butler Park named in her honor. 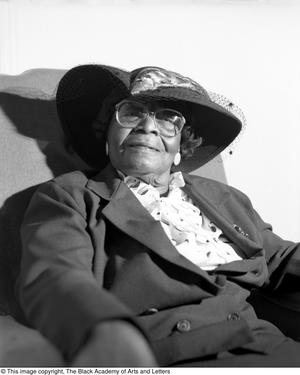