Julia Scott Reed (1917 - 2004), was a native Texan who lived through and spurred on social change. She earned her reporting credentials working for the Black weekly newspapers the Kansas City Call and Dallas Express. In 1967, she was hired as the first Black columnist at the Dallas Morning News, and was well known for her weekly column “Open Line,” which spotlighted local activities, interesting personalities, accomplishments, and injustices in Dallas’s Black community. Reed was the first Black member of the Press Club of Dallas, and was also the first Black journalist to be employed as a columnist for a major daily newspaper in the Southwest. 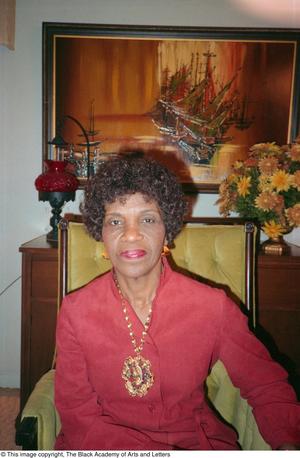 Clarence H. Gentry (1915 - 2009) spent his career as a leader in reporting on issues that affected the Black community. Gentry was one of the first Black journalists in Texas and worked extensively for Black news publications in Dallas and across the state. Gentry reported on various issues, and in 1944 he and Doris Hollis were the first Black reporters to attend the State Democratic Convention. Gentry spent 51 years as a journalist, working with Good Publishing Company, Kansas City Call as editor for the Texas edition, Dallas Express, Houston Informer, Dallas Star Post, and many other publications. His work allowed him to record Dallas and Texas history through times of great struggle and change.

Marion Butts Sr. (1924 - 2002) spent his career documenting the Dallas Black community through his photographs. Butts became a photography apprentice after graduating from Booker T. Washington High School, and soon continued his studies at Bishop College. He became the photographer and sports reporter for the Dallas Express in 1942, a Black newspaper of which he later became the Managing Editor. Butts’ photography career spanned nearly 60 years, and his photographs captured all aspects of his community including segregation, protests, daily life, celebrities, and so much more. His photography archive is housed in the Dallas Public Library’s Dallas History and Archives Division. 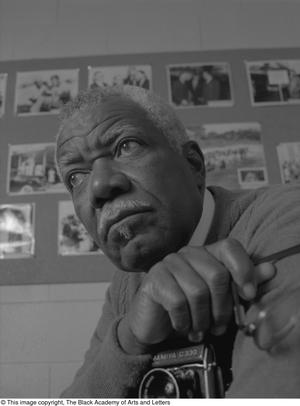 William “Bill” Blair Jr. (1921 - 2014) was an all around athlete in his high school and college years. After college Blair enlisted in the US Army to serve during World War II. Upon his return home, Blair joined the Negro Baseball League as a pitcher, playing on various teams from 1946 to 1951. After an injury forced him into early retirement from baseball, Blair returned to Dallas and founded Southwest Sports, which evolved into Elite News in 1960, the oldest Black newspaper in North Texas. Elite News focused on stories of the Black community in Dallas and politics during the unrest of the Civil Rights Movement. In 1965, Blair partnered with Dr. S.M. Wright, the President of Interdenominational Ministerial Alliance, and brought in a focus on Black churches and their activities in the political, social, and economic lives of the Black community. Additionally, Blair honored the Black community by creating the Elite News Awards Night, the Religious Hall of Fame, and by launching Dallas’s Dr. Martin Luther King Jr. Day Parade in 1986. Blair has been honored for his work in news publishing and baseball with various honors. Elite News is still in publication today, run by his son Darryl E. Blair Sr.

The University of Texas at Arlington holds the William Blair Archival Collection. 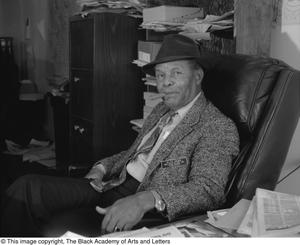 Samuel Wicks (1927 - 2012) earned his Journalism degree in 1952 from Texas State University (now Texas Southern University), and went on to become a noted sports journalist in Dallas. Wicks began working for The Dallas Star Post in 1953, as a general assignment reporter. Wicks’ love of sports and desire to share the accomplishments of local Black athletes, professional, semi-professional, and student, led him to sports reporting. From 1955 to 1988, he worked as a part-time sports writer for three local newspapers, The Dallas Express, The Post Tribune, and The Star Post. In the 1970s, Wicks also worked as a sports publicist for Bishop College. He also took on work as the Circulation Director for the Dallas Post Tribune in the 1990s. Wicks’ years of reporting on local sports, led him to a love of history, and he put that passion to good use, serving as the President of Dallas Black Remembered. 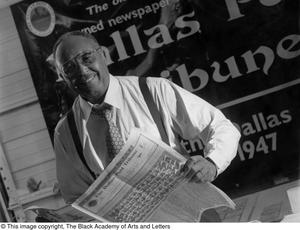 Opal Williams Jones (1923 - 2016) began working for the Dallas Independent School District as a secretary after graduating from Phillips Business College. She worked for the Dallas ISD for 29 years, eventually becoming an executive secretary. As one of the most highly respected secretaries in the District, Jones was asked to train new secretaries and administrative assistants even after her retirement. Jones was also heavily involved in her Dallas community, and wanted to share the good works that were being done by the Black community. After retirement from Dallas ISD, Jones became a columnist to report on these good works with the Dallas Post Tribune, where she eventually became the Society Editor. Jones was also highly involved with her church, Cedar Crest CME, working as a Sunday School teacher, Youth Director, and Director of Christian Education. Jones received numerous recognitions for her work and dedication to her community from various organizations. 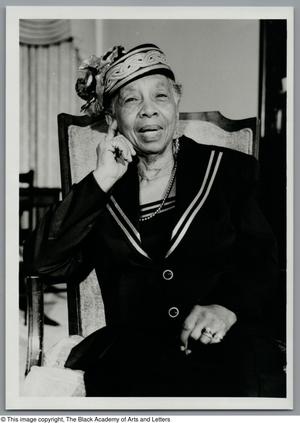