Joe Kirven (1931 - 2021) founded the Abco Corporation, a contract service/office supply and equipment company with a partner. With only five contracts and a few employees, Kirven bought out his partner and put in the work to grow his business. He became the number one salesman at the company, and gained more than 100 accounts in Dallas, Fort Worth, and Austin. Kirven soon turned to real estate investments and became one of the leading Black businessmen of the Southwest, according to Ebony magazine in 1972. Kirven even served on the Nixon presidential commission to encourage Black enterprise.

Clara Miles (1925 - 2002) was a major fixture in Dallas with her southern down-home cooking. Miles was born in Memphis, Tennessee, married young and moved to Chicago for a time, before leaving her first husband. After moving to Dallas and meeting and marrying Reverend Tommie Miles, they established Clara’s Little Restaurant (1977), and in 1980 she opened Clara’s Kitchen, her first sit-down restaurant. She eventually opened a second restaurant and catering company, was regarded as the queen of soul food in Dallas, and was honored with a Quest for Success Award in 1990. After years of location changes, mismanagement, and financial difficulties, and many attempts at repairing the failing business, Miles left her husband. She was devastated by the loss of her greatest accomplishment, and major gathering place for the Black community of Dallas.

More information about Clara Miles can be found in the article “Clara’s Last Supper,” from the Dallas Observer, May 16, 1996. 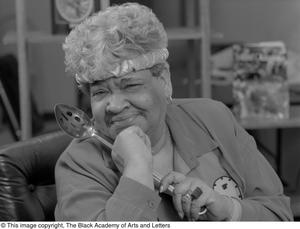