Louis A. Bedford (1926 - 2014) persevered as a Black attorney before the Civil Rights Movement and in 1952 he founded the J.L. Turner Legal Association: The African-American Bar Association of Dallas, and acted as its historian until his death. Bedford was the first Black judge to serve in Dallas County after he was appointed a Municipal Judge in 1966. He was active in local and national civic organizations throughout his life, working for the desegregation of schools and serving on the Board of Directors for the Negro Chamber of Commerce, Dallas Community Health Centers, and Dallas Legal Services, and many others. 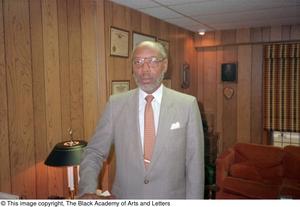 Lee G. Bilal Sr. (1919 - 2006) earned a bachelor’s degree from Prairie View College and studied at Bishop College and Southern Methodist University Law School before joining the US Army during World War II. In 1947, Bilal joined the Dallas Police Department, becoming one of the first Black Dallas police officers since the early 1900s. The Police Department was heavily segregated, and he and his fellow Black officers did not receive a high level of support. In 1950, Bilal returned to the US Army to serve in the Korean War. Upon his return to Dallas in 1953, Bilal opened a liquor store and a hardware store. In 1961, he established the first Black-owned armed, uniformed security guard company in Dallas, Shield Patrol Agency. Bilal supported his community by being involved in politics and helping community members start small businesses. He was honored by the Dallas Black Chamber of Commerce in 2005 with the Lifetime Achievement Pioneer award.

More information about Lee G. Bilal can be found in the Texas State Historical Association Handbook to Texas. 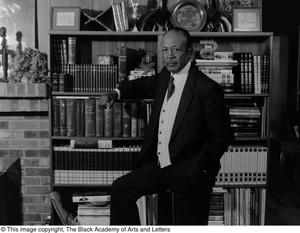 E. Brice Cunningham (1931 - ) studied law at Howard University, and used his career as a lawyer to battle discrimination throughout the country. Cunningham acted as co-council in a major case against discriminatory redistricting in the State of Texas in 1972. He won the case, leading to the establishment of three majority Black districts in Dallas County. Cunningham acted as Attorney for the Metropolitan Branch of the Dallas NAACP in the Dallas Independent School District desegregation. He also served as the Regional Attorney for the NAACP, served on the National Bar Association, and received numerous awards for his work from organizations such as the J.L. Turner Legal Society, the Legislative Black Caucus of Texas, and the Committee of 100. 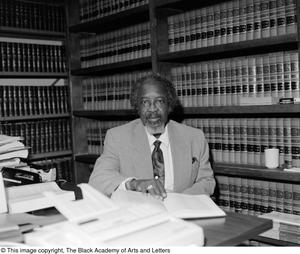 Donald A. Stafford (1934 - ) began his career in the Dallas Police Department in 1960 after serving in the US Air Force. He worked in a nearly all white department, facing racism and discrimination. He was promoted to Detective in 1965 and was the first Black officer to earn the rank of Lieutenant and higher in the Dallas PD. For nearly his entire career in the Dallas PD, he was the highest-ranking Black officer, eventually culminating in his becoming Executive Assistant Chief of Police. In his early years on the force, Stafford focused on bettering community relations with the South Dallas community and the Police Department, and he paved the way for greater inclusivity for young people of color joining the Dallas PD. Stafford retired in 1991, but continues to offer mentorship and support to the Dallas PD. 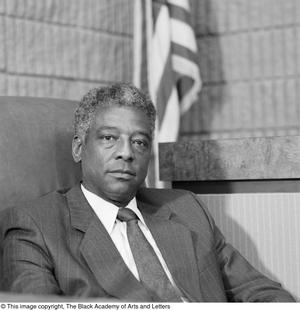 Judge L. Clifford Davis (1924 - ) was born and raised in Arkansas. After earning his undergraduate degree, Davis earned his Law degree from Howard University. He was the first Black student accepted to University of Arkansas’ Law School, but declined the offer because of the segregation he would face in the program. Davis moved to Fort Worth in 1953 and opened the first Black-run law offices in the state, and organized the Fort Worth Black Bar Association. Davis worked with Thurgood Marshall and the NAACP in the Brown v. Board of Education case, and then proceeded to argue Civil Rights cases in Texas. Major cases he fought include the desegregation of Mansfield schools, a race discrimination class-action suit against General Dynamics, and employment and local segregation and discrimination cases. Davis was appointed to the Criminal District Court Judge position in 1983, where he worked until 1988. He then went on to work as a Senior District Judge until 2004. Since then, he has focused on providing pro bono legal services. Davis has received numerous awards and recognitions for his work including an Honorary Doctorate of Law degree from University of Arkansas, the NAACP’s William Robert Ming Award, and has been inducted into the National Bar Association’s Hall of Fame, to name a few.

An oral history interview with L. Clifford Davis can be found on the UNT Digital Library website. 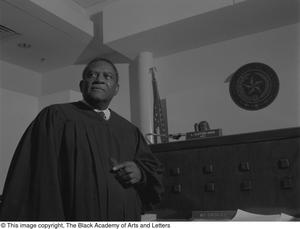 Lonnell E. Cooper (1923 - 2011), a Fort Worth native, has a number of firsts to his name. Cooper attended Prairie View A&M before becoming the first Black man in Tarrant County to enlist in the Marines during World War II. In 1953, Cooper joined the Fort Worth Police Department. He rose through the ranks to become the city’s first Black sergeant, and received several awards for his work. Cooper retired in 1980, and was quickly appointed to be Fort Worth’s first Black constable, for Precinct 8. He served 3 terms as constable before retiring in 1987. He acted as a role model and mentor for young Black officers looking to follow in his footsteps. 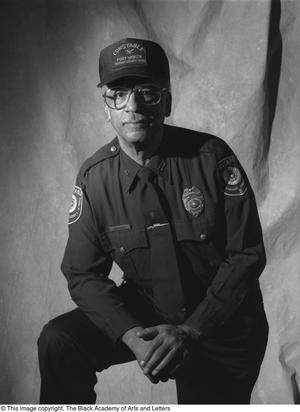 Fred Leonard Lander III (1927 - 2011) earned his Law degree from Howard University in 1952, and immediately enlisted to serve in the US Army during the Korean War. He went on to continue serving local and federal governments with positions as the Port of New York Authority and Hearing Officer, the Internal Revenue Service, and Department of Justice’s Law Enforcement Assistance Administration, to name a few of his roles. Lander established a private practice in Dallas with his son, and in 1994 was appointed as an Administrative Law Judge for the Civil Service Commission in Dallas. Lander was a member of many law organizations, but he also served in many community organizations including the Dallas Urban League, NAACP, Dallas Black Chamber of Commerce, and the Regular Fellows Club. 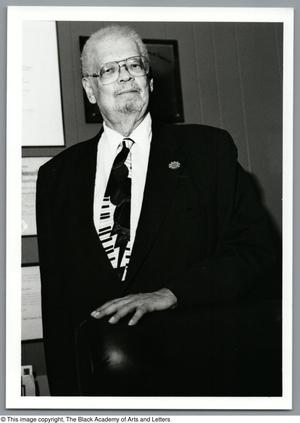