Dr. Thomas Tolbert (1909 - 1994) worked for 37 years as a teacher and administrator in the Dallas Independent School District. He earned his undergraduate degree from North Texas State University (now University of North Texas), a master’s degree from Harvard University, and received an honorary doctorate from Bishop College. Dr. Tolbert worked as an educator, counselor, and principal at various schools in the district, with a great track record of dedication and steadfastness. He was named National Secondary Principal of the Year by the Croft Education Services of New London in 1963. Dr. Tolbert, who was also involved in civic issues in Dallas, helped to establish the Church of Christ Scientist and the Liberty National Bank, and held memberships in various community organizations. 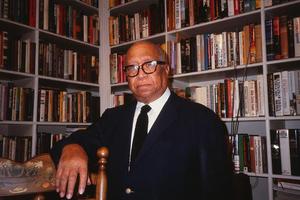 Jimmie Tyler Brashear (1903 - 1999) was raised in a family of teachers and decided to carry on that tradition. She earned her bachelor’s degree from the University of Wisconsin and a master’s degree from the University of California, as well as took on further post graduate studies at the University of Chicago, Ohio State University, and North Texas State College (now University of North Texas), and University of Texas. Brashear moved to Texas in 1929, and began teaching education majors at Prairie View A&M College, before taking a position with the Dallas Independent School District. At Dallas ISD, Brashear became the first Black administrator, outside of principal, and supervised Black teachers of grades 1-5. She continued to teach future educators at Prairie View A&M University, as well as at the Tuskegee Institute, Texas Southern University, and Bishop College while working for Dallas ISD, and becoming pioneering name in the Black education community and wider education field. Brashear retired from Dallas ISD in 1967. Brashear has been honored for her contributions to education in Dallas in various ways, including having the Jimmie Tyler Brashear Early Childhood Center opened in her name in 1967, as well as being inducted into the African American Education Archives & History Program Hall of Fame in 2005. Julia K. Gibson Jordan (1921 - 2017) attended Wiley College, the University of Denver and North Texas State University where she earned a master’s degree in Guidance Counseling with a minor in Psychology. She had an extensive career in education, beginning as a teacher in the Dallas Independent School District, moving to a counselor position, and eventually serving in administrative roles, which led to her becoming the Director of Student Services for all Dallas Independent School District Schools. Outside of her career, Jordan was active in her community, serving on various organizations like the Cable Television Board for the City of Dallas and the Board of the African American Museum. She served as president of the Dallas Chapter of LINKS Incorporated, a service organization devoted to strengthening African-American communities. Jordan was honored by various organizations for her career and civic work, including being inducted into the African American Educators Hall of Fame in 2009, and being included in the book Lives of Black Dallas Women, by Ruth Winegarten and Marc Sanders. 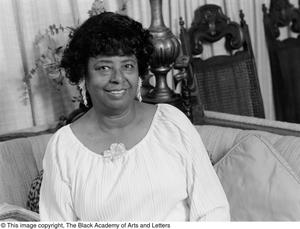 Estella K. Doty (1917 - 2001) earned her bachelor’s degree at Wiley College and her master’s at North Texas State University, which allowed her to take on an esteemed career in education. Doty began her teaching career in 1938 at Dallas’ J.W. Ray Elementary School. She taught at two other elementary schools before taking on the role of Principal at John Henry Brown Elementary in 1958. She continued her role as principal at various schools, including becoming the first female principal at a secondary school in Dallas ISD in 1971. Doty retired from Dallas ISD in 1980. In addition to her work with Dallas ISD, Doty acted as director and teacher for the Wiley College Extension Center in Dallas, helping veterans and high school graduates prepare for college. Doty became a lifetime trustee of the African American Museum of Arts and Culture in Dallas, and served as president of the museum’s guild, as well as served 10 years on the board of trustees for Jarvis Christian College. Doty’s work in education was honored throughout her life with various awards from the NAACP, Boy Scouts of America, Dallas ISD, and induction into the Texas Black Women’s Hall of Fame. 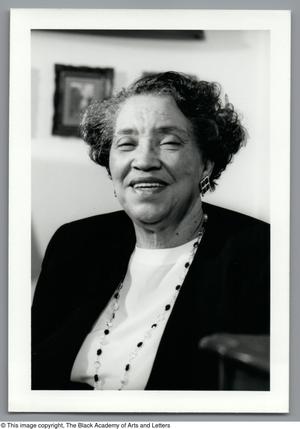 Dr. Pearl Lee Walker McNeil (1915 - 2014) devoted her life to serving others as a teacher, social researcher, and ABC-Ecumenical officer. After graduating from Howard University in 1937, Dr. McNeil began a career in researching and documenting race relationships through the US. In 1945, Dr. McNeil married Dr. Jesse Jai McNeil, an internationally respected preacher, leading her to connect with the ecumenical ministry, where she would hold national office with Church Women United, the National Council of Churches, and the American Baptists Foreign Mission Youth. In 1965, Dr. McNeil took on a teaching position and became Dean of Students at Bishop College. In 1969, Dr. McNeil earned her Ph.D. from American University, and continued to study cultural anthropology, with an interest in Native American studies. She has earned numerous awards for her work both in the church and in social sciences, including being inducted into the African American Educators’ Hall of Fame. 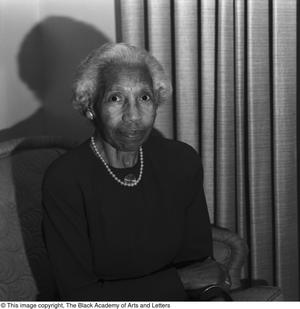 Ima Gladys Runnells (1919 - 2004) earned two bachelor’s degrees from Sam Houston College and Texas Southern University, before going on to earn a masters degree in Elementary Education from Prairie View A&M University. Runnells began her teaching career in 1942 with the Dallas Independent School District, at Fred Douglas Elementary. She taught at various schools in Dallas ISD, mostly focusing on physical education, dance, and cheerleading. In 1954, Runnells formed one of the first organized dance groups in the city while teaching at Paul L. Dunbar. This group of 75 elementary school kids, known as the Jazettes, travelled extensively throughout Texas. Runnells worked for Dallas ISD until her retirement in 1981. In addition to her work in education, she was active in various organizations including the Delta Sigma Theta Sorority, the Dallas Auxiliary, Diamond Bridge Club, Home Economics Teacher Association, and the Priscilla Arts Club. 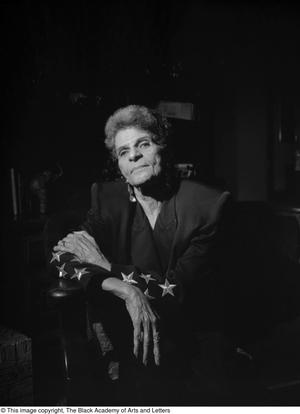 David Daniels (1912 - 2006), a Dallas native, earned his bachelor’s and master’s degrees from Bishop College in 1934 and 1953 respectively, and later completed graduate study at the University of California. Daniels began his teaching career as the lone teacher in the then two-room segregated Dalworth School of Grand Prairie Independent School District, in 1939. He continued his work at the school for 36 years, helping it flourish and grow, eventually becoming head teacher and principal. During the transition to integrated schools and bussing, Daniels acted as a mediator between the Black and White communities in Grant Prairie. Daniels retired in 1975, but his work within the community was far reaching. Daniels worked with youth and senior organizations, the Grand Prairie City Council, local YMCA branches, the Boy Scouts of America, and St. John Baptist Church. He earned numerous recognitions for his work, including the Dalworth School being renamed David Daniels Elementary School. 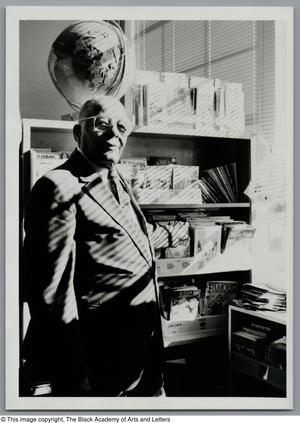